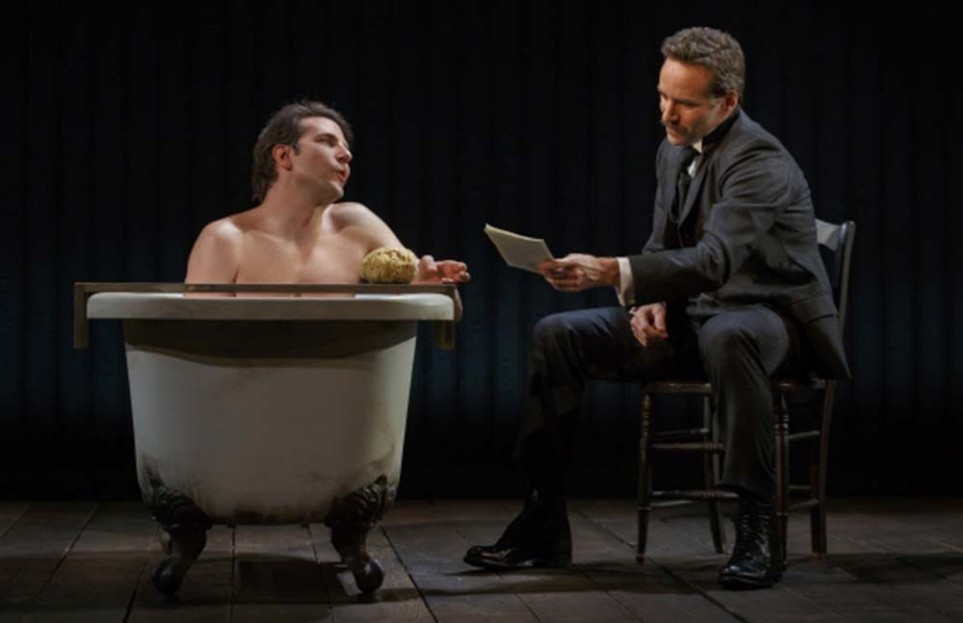 If only they could move it to the Trafalgar Studios, I’d never have to go there again….
Sting’s The Last Ship closed on Broadway last night, store after a disappointing run of just over 100 performances since it opened on October 26. At the final performance, he gave a moving curtain speech in which he said:??’Before we take our final bow, I feel it’s incumbent on me to say something. I’m not sure I’ll get through it without breaking down. I need to be a better actor, but I will try. There’s no point in pretending [this] is not incredibly emotional. I think I can speak for all of us onstage, not least because there are so many parallels between the closing of a play and the closing of a shipyard. Some of the lines that we were saying as actors are so appropriate to our lives, just as they’re appropriate to the lives of the shipyard workers fighting for their livelihood.

Patrick Healy, one of the best as well as most influential of all theatre reporters in the New York thanks to his perch at the New York Times, is returning to the political beat: he previously covered the presidential race in 2008 there before swapping to Broadway. It’s just been announced he’s going to be a national political correspondent for the next presidential campaign again. That’ll obviously be easier than covering the monstrous political egos of those on Broadway!

The Rick And Harvey Show

Talking of a monstrous ego, producer Harvey Weinstein — who fired the entire creative team for the musical Finding Neverland after its Leicester try-out in 2012, including its original authors and director — has now seen the press agent for its Broadway transfer suddenly resign the account. According to Pat Healy’s account in the New York Times published today, strong words were exchanged in a meeting earlier in the week when Weinstein, who is used to magazines falling over themselves to cover his films, asked why few were covering his show.

In particular, he wanted GQ to cover it; and as Miramontez told the New York Times, “The problem came when he demanded that they give Finding Neverland a cover. He doesn’t understand that the nation’s top men’s magazine is not going to devote a cover to his Broadway show. The reality is, at this point, they don’t even want to devote a page to it. He’s just having a tough time facing facts.”

Well, this has proved to be one way of getting press coverage for the show! You can’t, as they say, buy this sort of publicity…..

It was announced today that the current Broadway production of The Elephant Man, starring the Oscar nominee Bradley Cooper, is headed to the West End’s Theatre Royal Haymarket from May 19, for a run through August 8, along with the complete Broadway company.

But it’s coming with appropriately elephantine prices to match: all seats in rows C-L of the stalls are £108, with the remainder of the stalls at £65. The central block of the upper circle is a not inconsiderable £45 — with restricted view seats on the sides at £35 and £25.

The ever-onward upward march of ticket pricing in the West End clearly no longer has a ceiling. Will audiences revolt? It’ll only change if they vote with their feet (and seats) and don’t book to see it, of course. Watch the prices then tumble as those £108 rows get marked back down to £65.