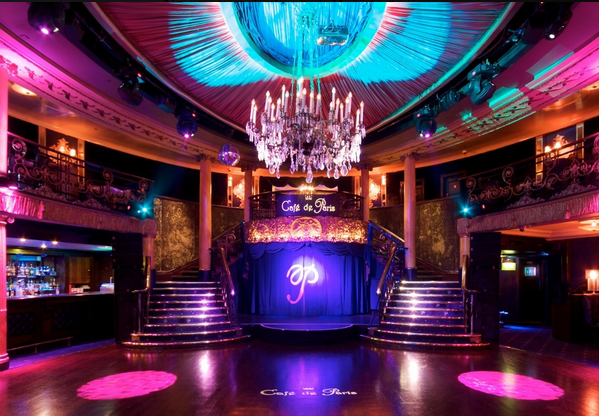 Five Novembers ago I walked down the staircase at the Cafe de Paris the day after I’d left the Sunday Express (under rather extraordinary circumstances — feel free to google if you don’t know them already). It was the launch for that year’s WhatsonStage.com Awards nominations, and I felt like all the eyes in the room were on me.

But I survived it — and indeed have thrived in the years since.

And last week, my final regular column ran in The Stage, after some 17+ years of contributing to the paper and for 14 of which I filed a daily weekday online column, as I wrote about here. As I said, “I will plan to post more regularly here on my own website shentonstage.com, developing it as a destination in its own right.” This column is part of that commitment. 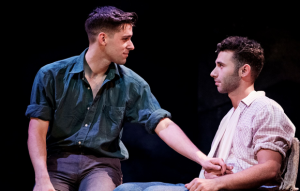 Last night I walked down the same staircase at the Cafe de Paris to attend a reunion concert of the wonderful Yank! (pictured right) a musical I’d tracked from its off-off-Broadway origins to its British debut at Manchester’s Hope Mill Theatre (which I’d reviewed for The Stage) and on to its transfer to London’s Charing Cross Theatre.

It was one of nine shows I saw in all last week, and today I’m re-launching my weekly diary of a theatre addict here, partly as a way of keeping track of my own activities over the last week — but also introducing a new element to preview the week ahead.

Of the other eight shows I saw last week, three of them were opening nights (Alys, Always at the Bridge, Medea at the Barbican and Waitress at the Adelphi, each of which I reviewed for London theatre, here, here and here respectively; all links are without paywalls). I also did some catch-up on shows I missed previously, seeing Keith: A Comedy at the Arcola, Agnes Colander at Jermyn Street and Gently Down the Stream at the Park, all of which I wrote about in this column on Friday here.

I wrote more about Keith in another column earlier in the week here.  I also saw a press  preview of The Twilight Zone at the Ambassadors ahead of its opening tomorrow (Tuesday), which I’ll be reviewing for londontheatre.co.uk.

That opening tomorrow clashes with Admissions at Trafalgar Studios, which I’m going to tonight, while tomorrow there’s also a third opening for a revival of Athol Fugard’s Blood Knot at the Orange Tree that I’ll be at. A busy week will also see me attending the opening of Pinter’s Betrayal at the Pinter, and the opening night of the return of Simon McBurney’s ENO production of The Magic Flute on Thursday. Then on Friday I’m off to Stockholm for the weekend — where I’ll be catching Mamma Mia! The Party, an immersive dinner theatre event that’s coming to London in September (and for which I’ve been commissioned to write a programme note).

So no, I’m not going away. Far from it — I’m busier than ever. See you on the Rialto at some of the following….