February 28: It’s good to be optimistic — but better to be cautious | Shenton Stage 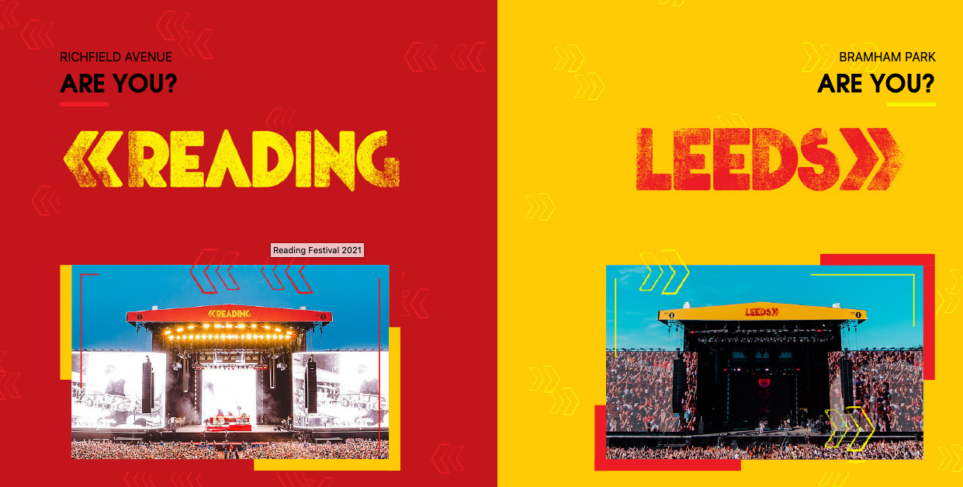 With a timetable – but not a cast-iron commitment – for a route out of lockdown, and vaccinations continuing (at record pace: at last something we’re actually world-beating at, and that’s because the NHS are delivering it and not our hopeless government), Boris Johnson seems determined to reopen the country come what may (or June).

Covid won’t, of course, have been defeated yet — but the message seems to be that we will just have to get used to living with it, and some of us, dying from it for a while longer. We’re in Darwinian territory — this will be survival of the fittest. If the vaccine doesn’t work — and we don’t yet know if it will protect against the variants that are emerging — that will simply be too bad. You’ll have had your chance, if not your choice.

With that in mind, theatres (and other live entertainment industries, like outdoor festivals) are now preparing for re-opening with social distancing restrictions no longer in place from June 21, the first possible date in the roadmap provided on Monday, as I wrote about here (though it was will only be officially confirmed a week in advance, and is subject to review).

Nevertheless, the prospect raises some massive (and as yet unresolved) questions: like would it actually be responsible for theatres to allow themselves to open at full capacities, and become potential super-spreader sites?

Will audiences — even those who’ve been vaccinated — feel safe enough to let their guard down to attend the theatre in such conditions? Will there, in any event, be enough of a domestic audience to sustain its return to full capacity, even if that capacity is actually available to be filled (instead of the socially distanced protocols of 50% or 1,000 people, whichever is the lower figure) — especially as international tourism isn’t expected to return to its former numbers until 2023?

In a news feature in The Guardian on Friday, Stephen Reicher, a professor of social psychology at the University of St Andrews and a member of SPI-B, the behavioural science subgroup of the Scientific Advisory Group for Emergencies (Sage), commented:

“Data not dates has turned into dates not data. Because, whatever you say, once you announce clear dates you create facts on the ground which alter the reality, and create a situation [where] it’s very difficult to shift from those dates.” 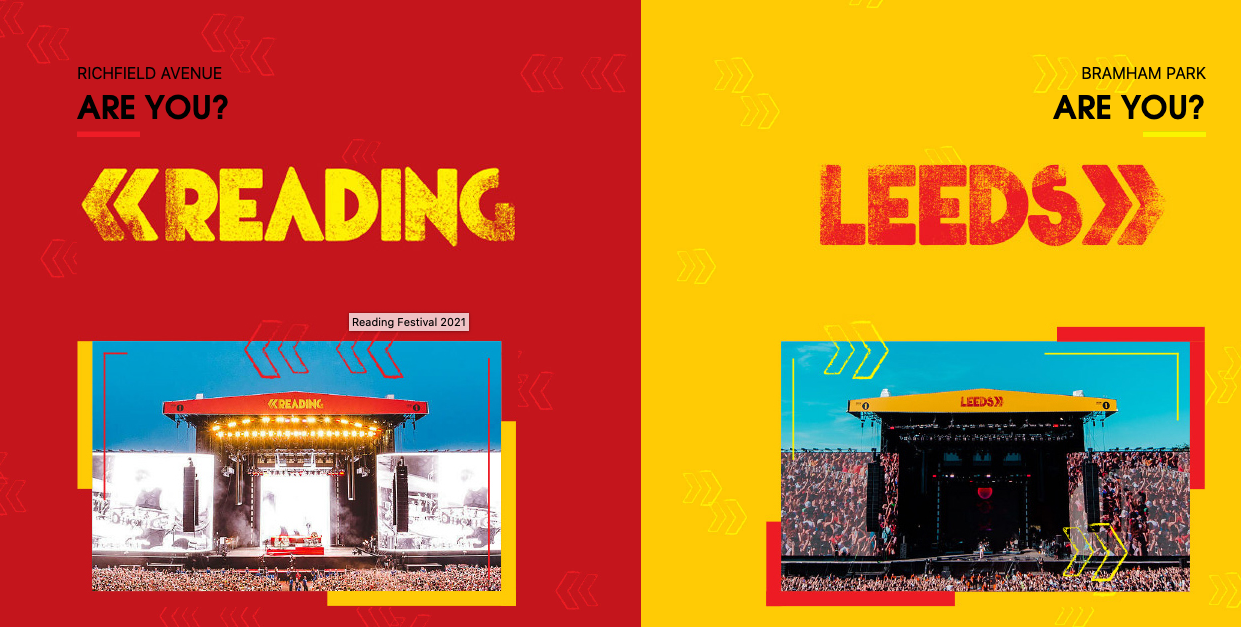 This is borne out by the surge in holiday bookings that have already followed — and events like the Reading and Leeds festival being put on sale. In a separate news feature in The Guardian, also published on Friday, Paul Reed, chief executive of the Association of Independent Festivals, commented,

“Lots of our members have seen sale spikes since Monday, which has generated lots of consumer confidence. There is a huge appetite for live experiences and I don’t think that is surprising. It’s about communal experiences, being outdoors in groups.”

And Andrew Parsons, managing director of Ticketmaster’s UK wing, told the Guardian that Monday’s announcement triggered a 600% rise in traffic to the site, and there was no sign of it slowing down.

“We’ve had around 2 million fans on our site with half a million visits to the Ticketmaster Festival Finder guide. It’s a week unlike any we’ve experienced in a typical February. The pent-up demand to get back to live events is undeniable. Fans are ready to make up for lost time and it’s just brilliant to see.”

Or is it? Are people not getting the entirely incorrect message that the virus has already been defeated, and that there is no need for precautions anymore? As Dr Daisy Fancourt, who leads University College London’s Covid-19 social study into the psychological and social impact of the pandemic, commented about the dangers of this messaging in the first Guardian news feature quoted above:

“The times we found compliance going down have been when the rules have been relaxed. We saw that very clearly, for example, at the end of the first lockdown last year, because the implicit message is that things are not as serious. But the problem is that infection levels are still really high, hospitalisation levels are still really high. So it’s going to be a case of trying to make sure that people don’t mistakenly think that the situation is in fact, a good one.”

As Roisin O’Connor noted in a column for The Independent on Friday about the return of music festivals,

The live music industry has been among the worst-hit by the pandemic, suffering an estimated 90 per cent loss in revenue last year. It’s no wonder they’re eager to get going again, following the government’s roadmap for getting England out of lockdown – supposedly by 21 June. And Reading’s announcement was as swaggering as you’d expect from a festival still dominated by lad rock, the words “LET’S GO” appearing alongside a video montage of packed fields in summer, full of revellers enjoying drinks and music in blazing sunshine. But only one word comes to mind when I look at those images: “superspreader”.

And as she further points out,

“The DCMS (Department for Culture, Media and Sport) hasn’t actually given the all-clear for large-scale music events to take place in 2021. What it has said is that it’s been working with representatives from industries and civil societies to explore when and how events with larger crowd sizes and less social distancing will be able to return safely. This includes music festivals, plus sports events, large weddings and conferences. From April, the government will run a number of pilot events using various safety measures, to see what the outcome is of holding larger events. These findings from different sectors will be used to determine whether it will be safe to lift restrictions. To cap that off, Boris Johnson issued a warning earlier this week that there is no guarantee that the UK will be fully out of lockdown and “back to normal” by 21 June.

With all this in mind, along with the issue that festivals still don’t have insurance coverage for cancellations due to Covid, it seems downright irresponsible that events are getting fans’ hopes up so soon.”

And as she concludes her piece,

“Being young does not make you immune, and the thought of thousands of young people crowded together in a field fills me with dread. Believe me, I want nothing more than to be standing in a crowded field with my mates, drinking and singing along to our favourite artists. I just don’t think it’s worth dying for.”

In another column for The Independent yesterday, Charlotte Cripps wrote

“I don’t want to be a killjoy. The UK festival circuit has been hit hard by the Covid pandemic. But as much as I like the idea of ‘back to normal’ for the arts so soon, it’s making me nervous. The mere thought of being surrounded by loads of sweaty bodies is enough to send shivers down my spine.

Maybe I’m just used to the ‘new normal’ of not getting within two metres of anybody except my two children. But do we really know how coronavirus is going to spread in crowds? The nature of festival camping hardly conjures up good hygiene rituals. Could unvaccinated festival goers be major spreaders? Will we be in a safe place by the summer to throw social distancing out the window and dance the night away? It’s still an unknown.”

And yet organisers of festivals are naturally keen to get going — not least because a lot of planning is involved in staging a festival if it is going to go ahead. Boris Johnson’s announcement only applied to England, not Scotland — so what is the fate of the annual Edinburgh Festival Fringe in August?

In a feature in the Daily Telegraph on Thursday, theatre critic Dominic Cavendish spoke to heads of the four main Fringe venues – the Pleasance, Assembly Festival, Gilded Balloon and Underbelly – who cautioned “that a clearer timetable for the return to normal life in Scotland plus substantial state support are required if it’s to go ahead. They further warn that the survival of the world’s biggest arts festival, estimated to bring between £200 million and £1 billion to the Scottish economy, is at risk if Government backing isn’t found.” 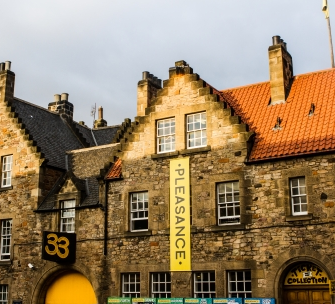 Anthony Alderson, who is director of the Pleasance, worries about the Scottish government’s lack of commitment to any kind of timetable.

“Nicola Sturgeon said the news would be frustrating and that’s exactly what it is. She said it’s impossible to map out how to come out of this, but I don’t entirely understand why. The version for England sets out the intention – my frustration is: where is the intention here? We’d love to be doing something. If we have to wait until April to get a decision about June, then we will never get there. I think we have to have a decision now about August. We all accept that there may come a point where they’d turn around and go: ‘We haven’t met the conditions set out for opening’ but why can’t we have the conditions?”

Back in December, he’d warned that the festivals “cannot possibly survive missing two years in a row”, and Cavendish reports him reiterating this threat again.

“How do we get to festival 2022? If I don’t know about any support and I don’t know anything about festival 2021, we may be looking at hibernation. If we miss this summer, there are maybe up to 50 venue operators who will be thinking ‘We’ve got to survive to August 2022, which is a hell of a long way’. The real prize comes next year, the 75th anniversary – wouldn’t it be a tragedy if there was nothing there? Scotland could lose one of its biggest cultural treasures. The recovery is going to take years. It isn’t going to be a single shot in the arm that sorts everything in one go, it’s going to take years of reinvestment. If they want this golden egg back then they’ve got to support it.”

“We’re in a precarious position; we are doing all we can to survive. If the council and the Government want the festival to be the biggest arts festival in the world, they’re going to have to subsidise it in some form.”

I applaud the determination already demonstrated by Nica Burns to re-open all six of the West End’s Nimax Theatres in her portfolio, with social distancing in place, if and when restrictions are lifted from the earliest possible date of May 17, which at least returns us to the situation that we already knew was safe in November: as she told The Stage earlier this week,

“We are definitely going to open all six theatres with social distancing, and are now working on our reopening plan to do that. The moment we have completed that – we have lots of people to talk to – we will announce it.”

But a bigger question looms over the June 21 date: as she said about this,

“We have a no-earlier-than date for reopening without social distancing but it’s not guaranteed. Big shows need certainty and planning. All the producers will be looking at their options and we all have to wait, as that is much more complex.”

But I also think it’s more than a purely logistical matter, but whether or not the safety of such a relaunch without social distancing in place is at all viable. Yes, the theatres want it for financial reasons; but I for one will say right here and now that I won’t feel safe returning under such conditions.

I’d have kept going to the theatre if social distancing was still in place; but even though by then I’ll have had both shots of my vaccine, I’m not going back to sit side-by-side with people whose health status I have no idea about, possibly carrying a virus I have no sure knowledge hasn’t mutated with strains that my vaccine won’t reach.