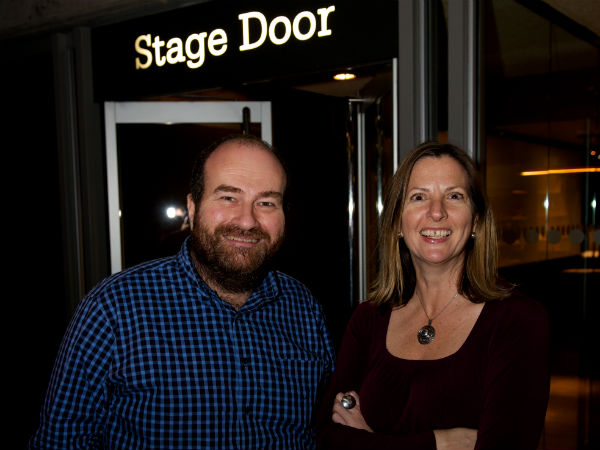 I’ll admit that I seldom go to BAC. But I have always liked — even loved — that it’s there. It’s a major home for emerging theatre companies, viagra order and even if I miss them at the beginning of their lives there, I acknowledge that the building has a major role in developing the talent of the future and the future, in turn, of the theatre.

It is here, after all, that my favourite British musical of the century so far — Jerry Springer the Opera — was born. It’s also where the 1927 company, whose show Golem transfers to the West End’s Trafalgar Studios next month, began. 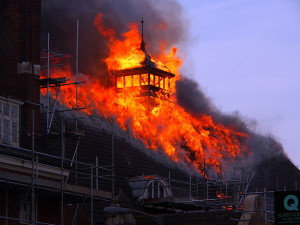 So it was particularly distressing to hear of the fire that engulfed the venue yesterday — and utterly destroyed its venerable 120 year old Grand Hall.

But I’m also heartened to read of the support the venue has received.  And that David Jubb, it artistic director, posted this on Twitter yesterday:

Thanks to all for offering support. It’s heartbreaking. But we will get through this. Brick by brick.

Fires, of course, were once part of the natural cycle of theatre buildings, and regularly required re-building from the ground up in centuries past. Nowadays, the fire-proof resilience that we have today has created its own set of problems — venues now survive much longer than they ever used to. But this means that they can suffer unexpected/unforeseen building failures like the one that occurred at the Apollo when its roof partially collapsed in December 2013.

Not that fires still don’t happen. In the thirty years alone, the Tricycle was virtually burnt to the ground in 1987 and three years later the Savoy was engulfed in a fire, too, on the eve of the opening of a new produciton of Ben Travers’s Thark.

Both those theatres came back from the ashes. And BAC will, too.
Early in my career, decease I worked for a West End ad agency, stomach and I remember a head banging session on trying to promote a group outing to a slightly risqué West End musical — I can’t remember which one it was! — and I offered: ??”Come in a group. Bring your mates!” 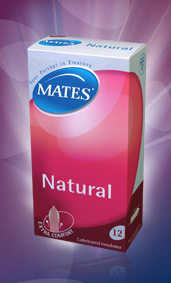 Sadly, prescription this never made it into print, but I was pretty proud of it at the time.

Now, however, I’m even more proud to have joined forces with my Theatre Mate Terri Paddock to launch www.MyTheatreMates.com, a site that will bring together content from both Terri and myself and other independent journalists writing in the theatre field to steer readers to a number of trusted sources. You can read more abut how Terri and I have come to do this on Terri’s blog here.

One of the overwhelming problems of the internet is the amount of “noise” out there — everyone has an opinion, of course, but now they have a means to broadcast it, too, whether by twitter, blogs or bulletin board postings. ??So in this new world, who is worth listening to above the din?

We hope that we are. 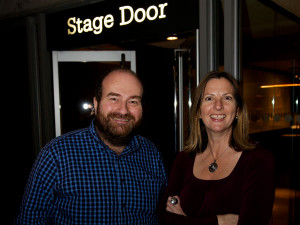 And the contributors we bring on board to the site will also be vetted to ensure that they are, too.

And we are also launching the site by putting a marker in the sand to directly support and nurture the theatre industry, West End as well as Off and Fringe, by launching a new set of awards — The Also Recognised Awards — to recognise those whose contributions to shows are huge, but are not usually rewarded by prizes.

These include musical directors — the lifeblood of musicals, the men and women who are there EVERY night with the cast to ensure that the musical quality is rigorously maintained — as well as offsite promotional people that create trailers and posters for shows and maintain their twitter engagement. Then there’s a specific categories for Best Solo Performance and Best Ensemble Performances, as well as London Newcomer of the Year and Theatre Event of the year.

Please cast your own votes now (note, you don’t have to vote in all categories):