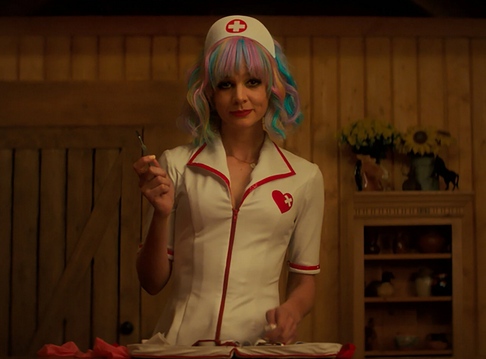 I’ve always held to the principle that since critics give criticism, we should also be able to take it; and also that since a review is not the last word on a production but only part of an unfolding conversation around one, we should also not just be held accountable for what we say, but also be prepared to entertain other views and have our own challenged.

I know that, for my own part, I’ve sometimes read another critic — usually, it has to be said, Susannah Clapp (in The Observer), and actually thought: Maybe I got this one wrong. On one occasion, I was so stuck by her review of an Anthony Neilson play – The Wonderful World of Dissocia at the Royal Court in 2007 – that I even went to see it again, after not liking it the first time, to see it in the light of her review. I’d not ‘got it’ at all, but she made me reappraise a play she described as “a logic-busting, image-stuffed exploration of mental disturbance”; and indeed, she went back for a second viewing herself. 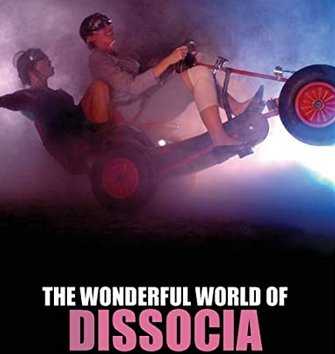 As she described it,

“The project is important: what, after all, is the point of going to the theatre if what’s on offer can be summarised in print? But the first half is too often a grab bag of absurdities from central casting: a strange land patrolled by insecurity guards; a scapegoat who’s in despair because he can’t get anyone to blame him; a female official with one of those estuary-vowelled accents that announces her as a comic character. The relentless larkiness of this can produce tedium bordering on dementia.

But (this play about having more than one person in your skin put me so much in two minds that I went back for a second shot) it also hits some bull’s eyes. By far the most appealing comes when a small white bear pokes his muzzle through the floor of the stage, as if through a hole in the Arctic ice, and croons lugubriously to the heroine; presumably he’s bipolar.”

This is the kind of critical writing that not only makes you think again, but it also absolutely whets the appetite: who wouldn’t want to go see a play where a small white bear makes an appearance?

Anyway, I’ve also long said that there’s no right and wrong in criticism, either: interpretation and judgement is always up for grabs and a matter of opinion. .

But there are some critical lines in the sand that any critic steps over at their peril. One is obviously to do with spoilers: no one wants their evening ruined by a critic giving away the denouement. Or, in the case of an experiential show called You Me Bum Bum Train in 2015, in which audience members were propelled through a range of solo ‘experiences’, to even describe what those experiences were. It was vital to preserve the surprise of it for audiences.

Reporting on it for The Guardian, Mark Lawson was compelled to say nothing — critics had to sign what he called “a non-disclosure agreement that makes the Official Secrets Act seem loose-lipped. Under a strict reading of the document, I can’t even tell you that I went to the show (or, perhaps for absolute safety, ‘a show’), but a kindly official advised me that the restraining order relates only to “’the content of scenes’ — and he wrote,

“At the curtain call for Agatha Christie’s The Mousetrap, audiences are asked not to reveal the show’s ending. The makers of You Me Bum Bum Train go further by requiring reviewers to keep quiet about the beginning and middle as well and ideally to say no more than that they have taken part in what has been reported to be an immersive, personalised theatrical experience.”

The other strict critical line in the sand is around where critics are describing a performance of an actor playing a character and keeping them entirely separate from the personal characteristics of the actor who is embodying that character. 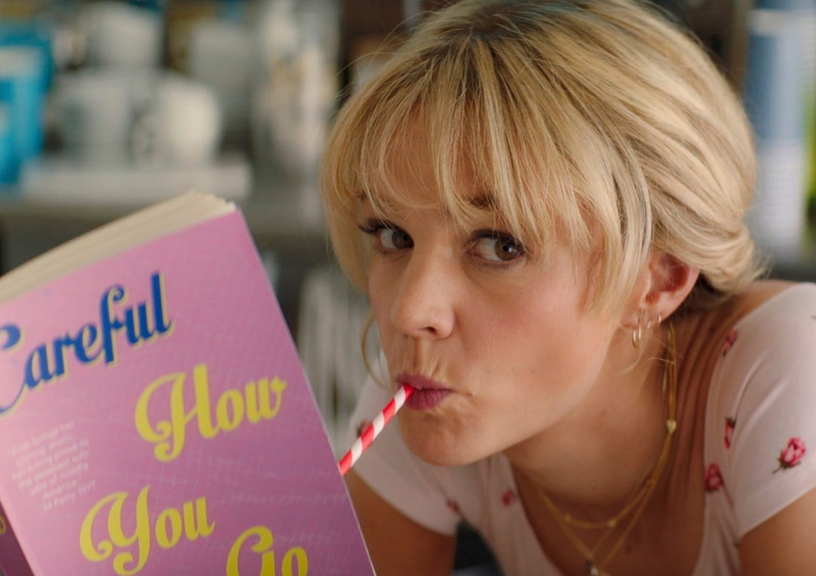 And it’s that line that this week Carey Mulligan accused a critic for Variety of crossing when it reviewed her in a new film she’s appearing in, Promising Young Woman (pictured above). What’s odd is that this particular media furore has only ignited now, fully a year after the review first appeared when critic Dennis Harvey saw it at the Sundance Film Festival.

In his review, Harvey wrote,

“Mulligan, a fine actress, seems a bit of an odd choice as this admittedly many-layered apparent femme fatale — Margot Robbie is a producer here, and one can (perhaps too easily) imagine the role might once have been intended for her. Whereas with this star, Cassie wears her pickup-bait gear like bad drag; even her long blonde hair seems a put-on.“

In an interview with the New York Times last month, she was asked if she’d read any of the reviews, and answered thus:

“I read the Variety review, because I’m a weak person. And I took issue with it. It felt like it was basically saying that I wasn’t hot enough to pull off this kind of ruse. It wasn’t some sort of ego-wounding thing — like, I fully can see that Margot Robbie is a goddess. It drove me so crazy. I was like, ‘Really? For this film, you’re going to write something that is so transparent? Now? In 2020?’ I just couldn’t believe it.”

She’s now gone even further, responding in a video that Variety have posted by saying this:

“I feel it’s important that criticism is constructive. I think it’s important that we are looking at the right things when it comes to work, and we’re looking at the art and we’re looking at the performance. And I don’t think that goes to the appearance of the actor or your personal preference for what an actor does or doesn’t look like – which it felt that that article did. I think in criticising or bemoaning a lack of attractiveness on my part in a character, it wasn’t a personal slight. It didn’t wound my ego, but it made me concerned that in such a big publication an actress’s appearance could be criticised and it could be accepted as completely reasonable criticism.”

Variety have responded in turn by adding an editor’s note at the top of the review, stating the publication “sincerely apologises to Carey Mulligan and regrets the insensitive language and insinuation in our review of Promising Young Woman that minimised her daring performance.”

Have Variety succumbed to the pressure and thrown their critic under the bus? Obviously Harvey had the first word; but does this mean that Mulligan has now had the last one? (Variety has not commented whether it would be using Harvey, who is a freelancer on the trade paper, again; it has merely said, “Variety has no further comment. The apology speaks for itself.”) 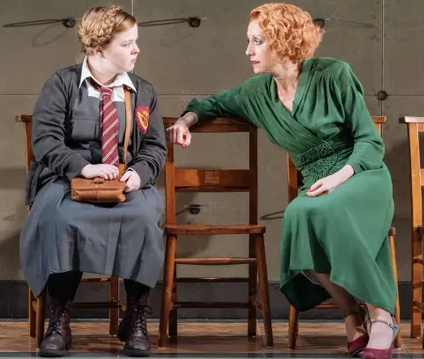 Critics have to be allowed to make mistakes. We’re only human after all. The rush to ‘cancel’ them as a result has to be resisted. In Britain, three years ago a minor critic for an online publication called British Theatre Guide found himself in the firing line when, not for the first time, he publicly drew attention to the the weight of actor Nicola Coughlan — currently to be seen in Netflix’s Bridgerton — in a stage production of The Prime of Miss Jean Brodie at the Donmar Warehouse (pictured above, with Lia Williams), describing her as an “the kind of overweight little girl who will always become the butt of her fellows’ immature humour”; a line that did not describe the character but the actor playing her, since it was not an intrinsic part of the character.

The previous year the same critic had reviewed her in a play called Jess and Joe Forever at the Traverse as part of the Edinburgh Fringe and described the character thus: “Jess is a fat girl.” As Coughlan said, “My weight has no relevance to either the performance I gave in that or in The Prime of Miss Jean Brodie.”

Another critic Matt Trueman — who has since hung up his critical pen, and pre-pandemic had secured fresh employment working in the development of new plays for Sonia Friedman Productions — ignited a social media firestorm when he tweeted in response:

Amongst the responses was this one from Young Vic Associate director Nadia Latif:

And as for this @matttrueman ting – trash trash trash. Mind you, I always feel like it’s just a matter of time before white male critics rip off their mask of respectability and reveal the racist/sexist/elitist/myopic lizard men underneath. Bun them all.

It was certainly unedifying to see artistic leaders like Vicky Featherstone, artistic director of the Royal Court, joining in on the attacks on Trueman:

“The more I think about this, the more terrible rage I feel. Nicola Coughlan has been shamed twice by a reviewer and she responded with dignity, clarity and bravery, and is an inspiration. Then she’s fucking questioned for the fact that in choosing to go on stage she’s responsible for the way that she is described by others. The logical conclusion of this is that ‘she was asking for it.”

No wonder Trueman has now swapped sides and got out of the critical kitchen. There are times when I’ve not been sure I could stand the heat in there myself.

As we’re often reminded on both sides of this debate, “Be kind.” Critics have to take responsibility for what we write, and it’s right when we’re held to account; but there also has to be a sense of proportion in the response. Matt was a superb young(er) critic; he may now fulfil an even more important creative function inside a leading theatre organisation. But if he was hounded out of his previous career, that’s a crying shame, too.