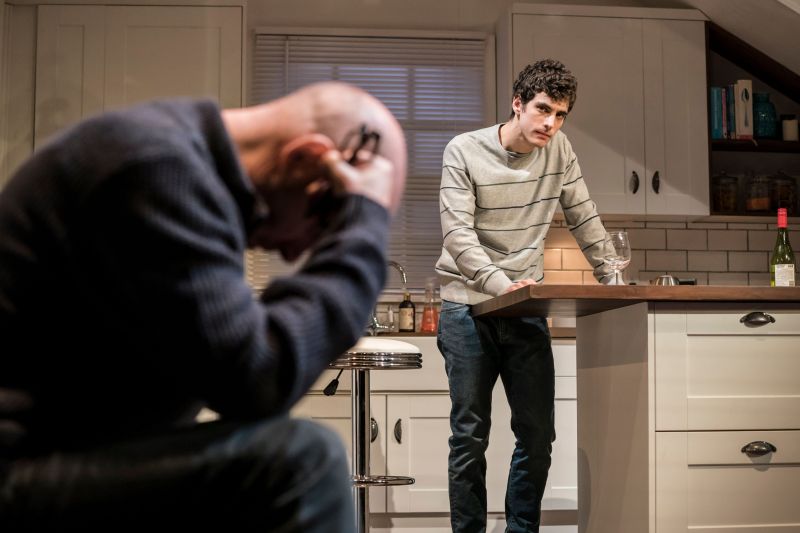 When Joshua Harmon’s new play Admissions opened at Lincoln Center’s Mitzi Newhouse Theatre last May, it was named a Critic’s Pick in the New York Times, where Jesse Green wrote admiringly, “Admissions is an extraordinarily useful and excruciating satire — of the left, by the left, for the left — for today.” And he concluded, “One of the things the theater should be doing today, and rarely does, is lancing the boil of our own self-deception. Admissions, as that pun of a title suggests, is a kind of confessional, except that no forgiveness is offered, or deserved.”

Yet when it transferred from its “safe haven” of Off-Broadway liberalism into a harsher commercial light of the West End, where it opened on Tuesday at Trafalgar Studios, some British critics have put the boot in. In The Stage, Fergus Morgan acknowledged this disparity of reception: “We’ve seen this sort of thing before, often in the smaller studio space at the same venue: a feted American work, considered outrageous and audacious over there, that seems the exact opposite over here. On a British stage, Admissions seems more wrapped up in its own sense of derring-do, more puffed-up on its own pull-quotes, than anything else….  It’s a work that, quite frankly, was not worth the air fare to fly it over here.”

In Time Out, Andzrej Lukowski was even harsher, delivering a one-star pan that began: “While we as a nation have rejected chlorine-washed chicken and hormone-injected beef (for now), it’s alarming how few controls there are in place to protect us from this sort of dodgy American import. Admissions, by Joshua Harmon, is a really very bad play. Perhaps in America, where Daniel Aukin’s production began, it was only quite a bad play.” 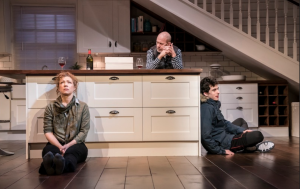 Of course, the good news is that in Britain we have a broad church of critics, and not everyone is as dismissive as Lukowski or Morgan. In The Guardian, Michael Billington offered a four-star review that begins by stating, “Joshua Harmon has a gift for provocation. The last play of his we saw, Bad Jews, took a swipe at dogmatic certainties. Now he takes aim at the smug pieties of bien-pensant white liberals.” And it concludes, “Covering race, class and educational bias, this is a play guaranteed to make white liberals shift uneasily in their seats.”

And he’s not just referring to the notoriously uncomfortable seating at Trafalgar Studios, either — a theatre my husband actually refuses to visit now, regardless of the show. So I took another director friend instead, and we both had a good time. In my own review for londontheatre.co.uk, I wrote, “This is a frequently furious debate play that swirls around issues of entitlement, white privilege and positive discrimination, and Aukin’s production keeps the tensions, arguments and counter-arguments flowing rapidly for an unbroken 1 hour 45 minutes.”