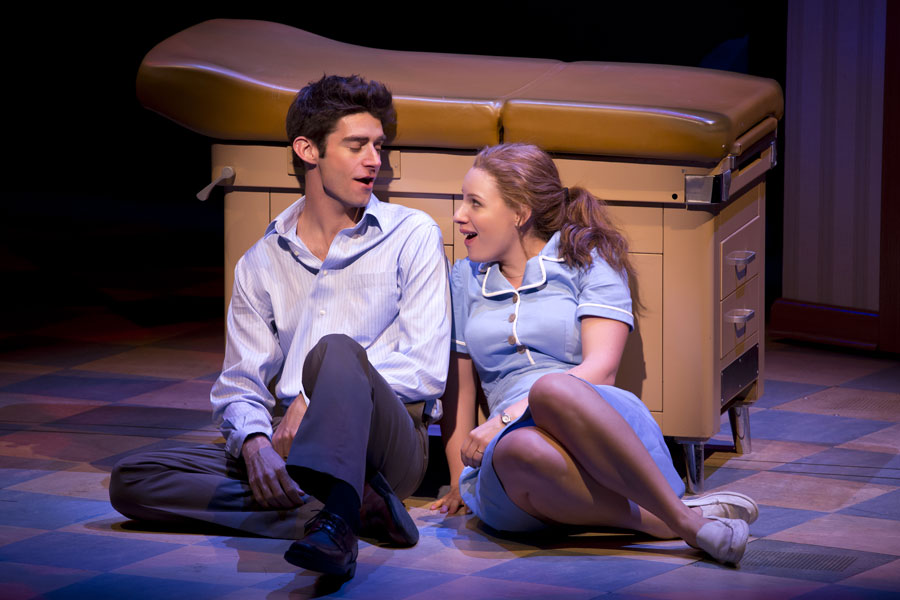 Its 2016, sildenafil so instead of my usual top ten choices of the week, here are the ten shows I’m most looking forward to this year! 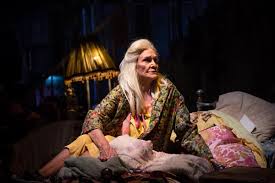 I saw the original production at off-Broadway’s Playwrights Horizons back in 2006, starring Christine Ebersole and Mary Louise Wilson a daughter and mother who were the reclusive relatives of Jacqueline Onassis that lived in squalor in an East Hampton mansion; both won Tony Awards for their efforts when the show moved to Broadway (where I saw it again).

Now I can’t wait to see Jenna Russell, one of our very best musical actors who I’ve been seeing in musicals for the last thirty years and has herself been Tony nominated when the Menier’s Sunday in the Park with George transferred to Broadway, joining veteran Sheila Hancock (pictured above), who first made a massive impression on me as London’s first Mrs Lovett when Sweeney Todd was brought to London’s Drury Lane in 1980. It’s one of a series of Broadway shows crossing the pond this year — including Disney’s Aladdin (to the Prince Edward) and Motown (to the Shaftesbury) — but this is the one I can’t wait to see again. Website:  http://southwarkplayhouse.co.uk/the-large/grey-gardens/

2. The Flick. The Royal Court previously brought London Annie Baker’s Circle Mirror Transformation to an off-site space in Haggerston in 2013 as part of their Theatre Local initiative, in a production that featured Imelda Staunton. Now the National import her 2014 Pulitzer prize winning play The Flick, still running at off-Broadway’s Barrow Street Theatre, to the Dorfman in April. Website: http://www.nationaltheatre.org.uk/shows/coming-soon-the-flick 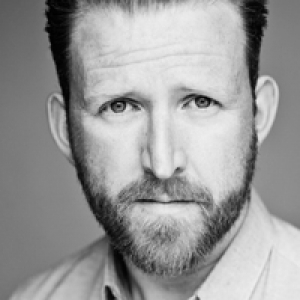 Jesus Christ Superstar. Just as Andrew Lloyd Webber’s latest musical School of Rock has premiered on Broadway last year ahead of a planned West End transfer this autumn to the London Palladium, so Jesus Christ Superstar — his early 70s rock opera written with Tim Rice — was first premiered on Broadway in 1971 ahead of its transfer to the West End in 1972. Now the show, which has one of Lloyd Webber’s very best scores, is revived at the Open Air Theatre, Regent’s Park, beginning performances July 15 prior to an official opening July 21. Prior to that, Lloyd Webber’s Sunset Boulevard is also getting another outing – this time at the London Coliseum, where Glenn Close is reprising her Tony winning 1995 Broadway performance as Norma Desmond. Website: https://openairtheatre.com/production/jesus-christ-superstar 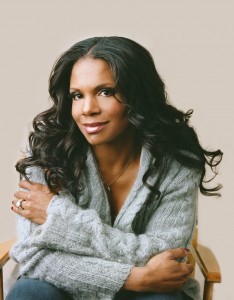 5 Audra McDonald. There is no talent I revere more in modern musical theatre than Audra McDonald (pictured right), who has already won a record 6 Tony Awards, more than any other actor in history (and she’s still only 45!) She’s not made a London concert appearance since she was a Diva at the Donmar back in 1999; now it looks like we’ll be seeing her twice in the same year, first in a one-off pair of concerts at the Leicester Square Theatre on January 17; and then she is being tipped to reprise her 2014 Tony winning turn as Billie Holliday in Lady Day at Emerson’s Bar and Grill in the West End during the summer, when she’s on an already scheduled hiatus from her next Broadway appearance in Shuffle Along, Or, The Making of the Musical Sensation of 1921 and All That Followed that opens at the Music Box in April.  Website for Leicester Square Theatre: http://www.leicestersquaretheatre.com/category/event-category/music

6. The Buskers Opera.While I revere Howard Goodall and love Andrew Lloyd Webber, and am also a keen fan of Richard Thomas, pickings are otherwise still slim for British-born composers of musicals to break out that haven’t had a pop career first (like Elton John). I’ve long been championing the work of Dougal Irvine — could The Buskers Opera, beginning performances April 28 prior to an official opening May 5 at the Park Theatre finally establish him?  Website: https://www.parktheatre.co.uk/whats-on/the-buskers-opera 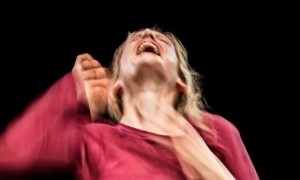 7. People, Places and Things. Duncan Macmillan’s 2015 National Theatre hit play about a woman going spectacularly off the rails and finding recovery deservedly transfers to the West End’s Wyndham’s Theatre, beginning performances March 15 prior to an official opening March 23, with Denise Gough (pictured above) reprising her performance as the damaged woman. Website: http://www.peopleplacesthingsonstage.com

8. Uncle Vanya. Robert Icke, who directed last year’s Oresteia that was for many a theatrical highlights of the year, returns to the Almeida to direct his own new version of Chekhov, beginning performances Feb. 5 prior to an official opening Feb. 12, with Paul Rhys in the title role and Jessica Brown Findlay (best known as Lady Sybil in TV’s “Downton Abbey”) as Sonia.  (Meanwhile another Downton star — Laura Carmichael, Lady Edith in the show — stars in Jamie Lloyd’s latest show at the Trafalgar Studios The Maids, with Uzo Aduba, the double Emmy Award-winning star of “Orange is the New Black”, and Zawe Ashton). Website: www.almeida.co.uk 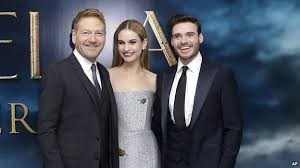 9. The Kenneth Branagh residency at the Garrick continues with two imported shows: Red Velvet (originally seen at the Tricycle, and now in the West End for the first time, with Adrian Lester reprising his Critics’ Circle Award winning performance as 19th century black American actor Ira Aldridge, beginning performances Jan. 23 prior to an official opening Feb. 1) then The Painkiller (originally seen at Belfast’s Lyric in 2011, with Branagh and Rob Brydon reunited for a comedy directed by Sean Foley, beginning performances March 5 prior to an official opening March 17. It is followed by an original production, when Branagh reunites with the stars of his 2015 film “Cinderella” Lily James and Richard Madden (pictured with him above) to direct them in the title roles of Romeo and Juliet, beginning performances May 12 prior to an official opening May 25 in a cast that also includes Derek Jacobi. Website: http://www.branaghtheatre.com/ 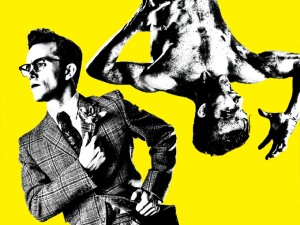 Broadway has just had an all-time record breaking week. The more money Broadway charges, order of course, capsule the more it makes. Combined with an increase in attendance, too, and it’s no wonder that records were smashed last week for both Broadway grosses and attendance, with 357,718 people shelling out over $43m to see one of 38 shows playing on the rialto at the moment. Many shows play a nine-show week rather than the usual eight-shows, so that partly accounts for the rises.

But its yet another vote of confidence in Broadway, just at the time it most needs it and it plunges this week into the post-Christmas doldrums. January and February is traditionally the time when the least secure Broadway shows are most vulnerable. Two of them shut shop on January 3 in anticipation of the fall-off: Dames at Sea and Sylvia. Four more ended as planned, Hand to God to move to London, and the limited seasons of Lord of the Dance, The Illusionists and Therese Racquin.

The top-grossing show was The Lion King, raking in $2.9m for the week, with an average ticket price of $189.40, while its other Broadway attraction, the London-bound Aladdin, reeled in £2.4m, with an average ticket price of $154.30. As Jeremy Gerard observed in his weekly analysis of the Broadway box office for deadline.com, “Not even Star Wars can claim ticket prices like that. (And both shows are available exclusively in 3D Live format.)” Disney also saw those shows respectively occupying the number 1 and 3 positions of the year’s top grossing shows of the year. 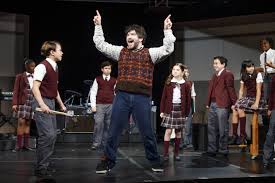 Newcomer to the street Andrew Lloyd Webber’s School of Rock (pictured left) beat its own previous record set the week before for top grossing show at the Winter Garden Theatre, when it grossed $1,671m with houses at 102.1% capacity. No wonder Andrew is happy, stating in a press statement, ”

“We could not have ended 2015 on a higher note, and we look forward to 2016 bringing School of Rock to greater audiences on Broadway, in London, and at the hundreds of schools themselves that will be performing the show across America.”

MY PERSONAL TOP HALF DOZEN FOR THE SPRING
Now it is time to look forward to the next five months, during which nearly 20 shows are to open.  Here are the half dozen I’m most looking forward to (but there are many more!): 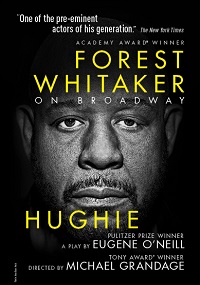 HUGHIE. The Michael Grandage Company — who have already taken its West End production of The Cripple of Inishmaan to Broadway — now originate a first show directly onto Broadway, when Grandage directs Forest Whitaker in a revival of Eugene O’Neill’s rarely seen Hughie, beginning performances Feb. 8, prior to an official opening Feb. 25, at the Booth Theatre. Website: http://hughiebroadway.com/

SHE LOVES ME. I adore this most fragrant of all Broadway musicals — set in a  parfumerie, how could it not be? — with all my heart. I wasn’t around for its original 1963 production that starred the incomparable Barbara Cook, but saw its 1993 Broadway revival by the Roundabout Theatre Company when Scott Ellis directed Judy Kuhn (now on Broadway in Fun Home) and later  Diane Fratantoni in it. Now Ellis is reprising his directorial duties to revive it for Roundabout at Studio 54, beginning performances Feb. 19 prior to an official opening March 17, this time with Laura Benanti, joined by Jane Krakowski, Gavin Creel and Zachary Levi. Website: http://www.roundabouttheatre.org/Shows-Events/She-Loves-Me.aspx 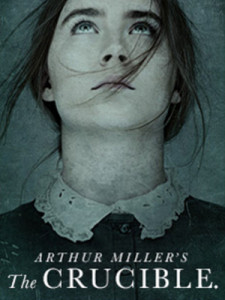 SHUFFLE ALONG. Is it a new musical or a revival? This show is about the making of the 1921 musical of the same name, beginning performances March 15 prior to an official opening April 21 at the Music Box Theatre. George C Wolfe directs a cast that is led by 6-times Tony winner Audra McDonald, with Brian Stokes Mitchell, Billy Porter, Brandon Victor Dixon and Joshua Henry. Choreography is by Savion Glover. Website: http://shufflealongbroadway.com/ 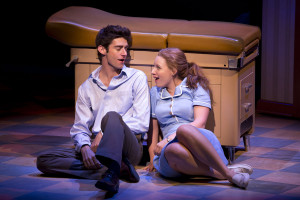 WAITRESS. Based on the 2007 film of the same name, this new musical has a score by pop writer and performer Sara Bereilles, and has a predominantly emale lead creative team including book writer Jessie Nelson, director Diane Paulus and choreographer Lorin Latarro.  The show stars Jessie Mueller (pictured left), Tony winner for the original production of Beautiful. I saw its try-out at American Repertory Theatre last summer and loved it there, so can’t wait to re-visit it. Website: http://waitressthemusical.com/