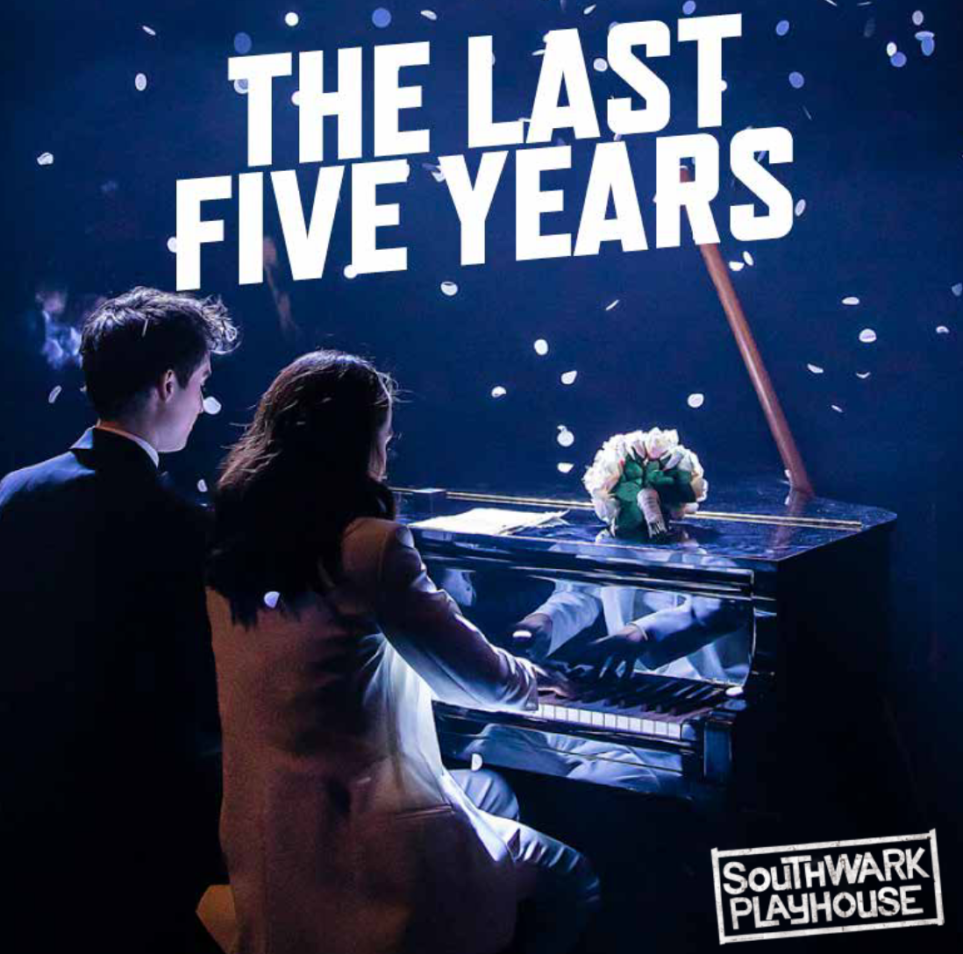 Back in March, The Last Five Years was one of the last shows I reviewed for londontheatre.co.uk, where I had been chief critic for more than a decade. Then the pandemic arrived, and revisiting it on Monday March 15 purely for pleasure (and the opportunity to savour Molly Lynch and Oli Higginson’s brilliant performances again), it turned out to also be the last live theatre performance I’d see for nearly six months, until a new stage musical version of Sleepless in Seattle opened in Wembley, which I reviewed here on this site.

Seeing it again back at Southwark Playhouse, with the same cast reprising their performances, its partly as if nothing has changed and yet everything has. (Not least that I’ll be making this my primary reviewing outlet going forward; just before theatre shutdown, LondonTheatre underwent a change of ownership, passing from Encore tickets in London to the New York-based TodayTix, where the new editor has informed me she is going to use new and diverse voices. That’s to be applauded; less impressively, I’ve never been extended the courtesy of being told that I’m no longer required, but such is the way of the world today).

But my own private challenges are as nothing compared to trying to make theatre in this bold new world. There are now entirely new protocols in place: the audience are required to arrive masked, and are instructed in a pre-show announcement to keep them on throughout the performance, unless they are drinking (with drinks pre-ordered as you enter the auditorium and brought personally to your seats before the show starts). Seats are in two rows only, with plastic dividers between seats, either on their own or in pairs.

Of course, in the new age of socially distanced theatre, there is hardly a more perfect expression of it than this musical, whose two romantically mis-aligned characters pursue separate paths, and we share that distance as audience members, seated in new separated ‘booths’. The theatre have therefore stumbled upon matching form and content by isolating the audience from each other; as much as the characters in this famously autobiographically inspired musical yearn for the connection they briefly enjoyed but long ago lost, in the fury of their different career paths (he successful, she not) and the mutual resentments that drive them apart.

At one point, Jamie — who when the show begins is a 23-year-old budding novelist — tells his actress partner Cathy, “I will not fail so you can be comfortable, Cathy/I will not lose because you can’t win.”

It’s a show full of hurt and feeling, regret and longing; and these attributes are feelingly brought to the fore by the sublime Molly Lynch (who combines tender vulnerability with a tough grit) and Oli Higginson (intense, moody and dashing, and more than slightly a more classically handsome version of the composer Jason Robert Brown himself). They perform these spellbinding songs — anchored in great melodies and each telling a different angle of the story, like pieces in a jigsaw — with power and poignancy, while supporting each other in turn on piano.

The actor-musicians are also superbly supported by a zinging four member band, led by musical director George Dyer with stunning musicianship. There’s also a really beautiful set by Lee Newby that puts the action on a small revolve to keep the action in fluid motion, and stunningly crafted direction by Jonathan O’Boyle that creates and intricate drama and overlapping tensions around this intense portrait of a relationship in free fall. It remains a thrilling night all around.