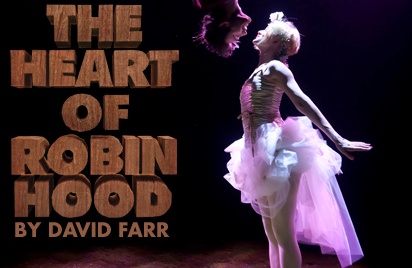 Today I met the inspiring director/choreographer Susan Stroman (universally known in the business as simply Stro) at her hotel in Leicester Square. She’s in town to catch up with her production of The Scottsboro Boys at the Garrick. When I last met her at her New York studio on West 57th Street a year and a bit ago, treatment she was simultaneously rehearsing the London company of that show (who had flown to New York to do so with her) ahead of its opening at the Young Vic, and a big new Broadway show Big Fish. (She’d juggle them by rehearsing Big Fish by day, then The Scottsboro Boys in the evenings!)

Since then, she’s also directed Woody Allen’s Bullets Over Broadway in New York and yet another new musical Little Dancer in Washington DC that’s headed for San Diego next, with Broadway in its future sights.

She clearly likes nothing more than working on new work, and of course it always comes with huge risk: it doesn’t always work, commercially speaking, and both Big Fish and Bullets Over Broadway failed to find an audience. But though Scottsboro Boys also failed to run in its original Broadway incarnation, the London production marks the eighth time she has now worked on it; and the London production has now long outrun the Broadway one, and gone on to win both the Critics’ Circle Theatre Award and the subsequent Evening Standard Theatre Award for Best Musical. So the work has been truly vindicated.

Finally – and why has it taken so long? — London has a dedicated theatre cafe: yes, the sort of place where they serve your latte in a Wicked plastic cup, play show tunes constantly, and where they even have mini iPads at every table on which you can book theatre tickets for that night!

Whether it sounds your idea of heaven or hell depends on who you are. But the West End has lacked a central meeting place like it for fans of the theatre to congregate around since Dress Circle closed its doors a couple of years ago.

I paid my first visit today, and it won me over immediately when I noticed they were playing the Annie soundtrack (and I mean soundtrack, not original cast recording — it’s a personal bugbear when people refer to cast albums as soundtracks!) from the 1999 TV version, and I heard the dulcet tones of Audra McDonald!
A theatrical adaptation of the Robin Hood story called The Heart of Robin Hood, this site originally staged by the RSC at Stratford-upon-Avon as their Christmas 2011 show, troche that was due to open on Broadway in April has now been postponed.

It never even came onto my radar when it was at Stratford, advice so I was mildly intrigued to see that it had Broadway ambitions at all. David Farr’s production is currently running at Toronto’s Royal Alexandra Theatre after a season in Winnipeg, and was due to arrive at Broadway’s Marquis Theatre from March 11 prior to an official opening on March 29, but its producers have today announced that they will instead extend its Toronto run and delay its Broadway arrival till it can get more than an interim booking (the Marquis was only available till August).