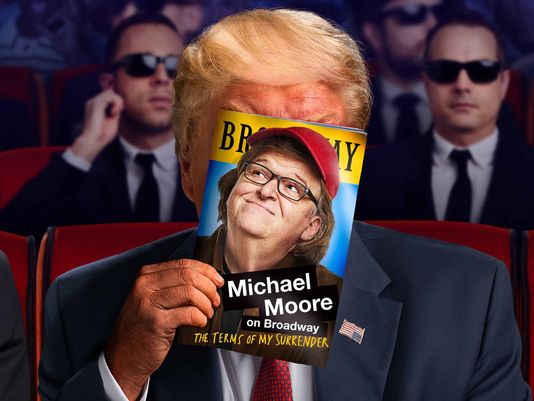 While a lot of UK arts coverage, inevitably, shifts towards Scotland and the Edinburgh Fringe at this time of year, there is still life outside of the Edinburgh bubble (though not for those who are consumed by it; I’m still being inundated by releases and tweets urging me to see this show or that up there, even though I’m on the other side of the Atlantic).

Still, there have been a few London openings — a Friel revival at the Donmar Warehouse directed by Lindsey Turner, directing her 3rd Friel play there after Faith Healer and Philadelphia, Here I Come! and two musicals: a UK premiere for a 2012 Broadway musical Bring Me On which includes songs by Hamilton creator Lin-Manuel Miranda and a revival of the Off-Broadway classic Little Shop of Horrors.

Below is a digested read of some of these headlines, reviews and more, from London, New York and Edinburgh.

In London and on tour:

* We’re long had Singalonga performances of film screenings of The Rocky Horror Show, The Sound of Music and Grease; but now it is spreading to the theatre. Its the bane of attending a jukebox musical that the audience around you may sing along with the songs they know; never mind that you’ve paid good money to see good West End people sing them, you will hear your neighbour’s shower voice better than the one coming from the stage. But now Bat out of Hell is formalising the process by announcing performances at which the audience will be actively encouraged to join in on the songs. These will take place on August 28, September 25, October 31, November 27, and December 31. On Halloween (October 31) & New Year’s Eve (December 31), the audiences will also have the option to come dressed as their favourite character from the show. 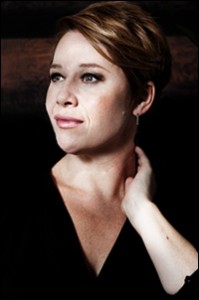 Linzi Hateley is joining the long-running touring company of Blood Brothers to star as Mrs Johnson, beginning performances at Bromley’s Churchill Theatre from September 4. I’ve loved Linzi ever since she made her UK debut as a teenager in the title role of the RSC’s Carrie at Stratford-upon-Avon, prior to its notoriously short-lived Broadway bow in 1988 (it ran for just five performances).

David Yazbeck, composer of this year’s Tony winning musical The Band’s Visit, already has a new show lined up for this season: a new musical version of the Dustin Hoffman film Tootsie has set its Broadway theatre and dates: it will  begin peformances at the Marquis Theatre from March 29 prior to opening April 23. It will try-out first at Chicago’s Cadillac Theatre from September 11 to October 14.

EDINBURGH
As a self-confessed theatre addict, you’d have thought that I’d be most at home on the Edinburgh Fringe, where even a fringe veteran critic like Lyn Gardner will happily admit, as she does here, that she sees as much as six shows a day. But even I am seriously daunted by the prospect — so much so that I’m not even there this year at all.

As she states, “It can be tricky seeing so much work every day over three long weeks. And there is a danger that the lack of time means critics can’t fully process what they’ve seen before rushing into the next thing.” But you have to keep going: “The problem for the critic in Edinburgh is that while you want quality over quantity, the only way to find the good stuff is to see a lot of shows on the off chance of uncovering a gem.” 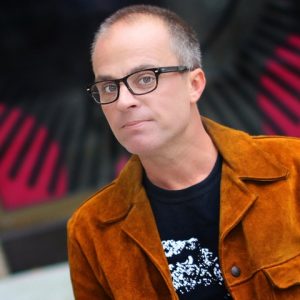 In a column for Fringepig, an alternative Edinburgh fringe magazine, writer and performer Peter Michael Marino — pictured right, who has befriended some critics, including this one — wrote a column expressing sympathy with their plight — and vowing not to add to their burden. “I’m painfully aware of how overworked, overwhelmed, and underpaid these critics are (because they’ve not only told me, but they’ve shared their mental and emotional state of being with their thousands of social media followers) I just can’t ask them to review my show. I can’t put that extra burden on them. I can’t seem needy. I can’t be selfish. These people have become my friends. And the last thing you want to do is ask your overscheduled friends to take time support your work. Right? I do not know. I am too tired. And I have two shows to do today. And promote. And flyer for. And sweat through.” 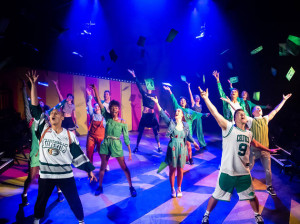 Bring It On, which opened at Southwark Playhouse on August 7 for a run to September 1 presented under the auspices of youth training company the British Theatre Academy, has most critics drawing comparisons to Hamilton, co-writer Lin-Manuel Miranda’s subsequent phenomenon.  In Time Out, Holly Williams opens her review by stating: “One of the best ever high school movies, given a musical makeover by Lin-Manuel Miranda? OMG! But Bring It On gets a notably low-key UK premiere in this fringe production by the British Theatre Academy…..This isn’t quite the camp take on a cult classic you’d hope, but it’s jolly enough. If you’re up for a perky cheerleading musical, it probably won’t disappoint; if you’re hoping for a high school Hamilton, it probably will.”

Aristocrats, which opened at the Donmar Warehous on August 9 for a run to September 22, was lauded by Sam Marlowe in a 4-star review for The Times: “[This] compelling, abstract, sharp-edged staging is like a lucid dream, acted by a cast who beautifully capture the cadences and rhythms of familial interaction. 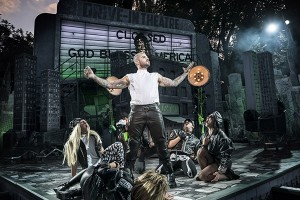 Little Shop of Horrors, which opened at the Open Air Theatre, Regent’s Park  on August 10 for a run that has now been extended to September 22, was given a five-star rave by Sam Marlowe in The Times:  “Directed by Maria Aberg, it’s gloriously succulent and deliciously sinister. Aberg sharpens the teeth of the show’s flesh-eating, alien plant, gives fresh definition to its cartoonish characters, and peps up the action with a generous dose of subversion and sex. The result is truly wild: exuberantly excessive, and as thrillingly, dangerously seductive as a beribboned bouquet of triffids.”

On Twitter, former Arizona state governor Mike Huckabee took a page from his White House press spokesperson daughter Sarah Huckabee’s handbook to give Trump credit for something that he has absolutely nothing to do with. “1st yr of @realDonaldTrump presidency, Broadway $$ shot to all-time record of $1.637B $270M over previous yr. Attendance also shattered the record, even though ticket price rose by $15 to $118 (greedy capitalists!) As of spring, box office receipts up 20%. Thanks @POTUS.”

Some of that, of course, was Michael Moore’s The Terms of My Surrender, his Trump take-down that, according to Trump at least, “was a TOTAL BOMB and was forced to close. Sad!”, to which Moore replied, “You must have my smash hit of a Broadway show confused with your presidency– which IS a total bomb and WILL indeed close early. NOT SAD”; a lot more of it was Hamilton that Trump thought was “highly overrated”. Hmmm.

INTERVIEW OF THE WEEK

Kathleen Turner, interviewed in New York Magazine’s Vulture, on why she’s now more of a stage actor than the film star she used to be: “The roles for mature women onstage are a thousand times better than anything written in film. The screen roles are usually stereotypes: the evil stepmother, the bitter spinster. Whereas in theater there’s Martha [in Albee’s Whose Afraid of Virginia Woolf?] or Mother Courage — I could name many characters I’d love to do. That’s why, knowing where my career could grow as I got less desirable for the camera, I focused on theater. I remember I got sent a screenplay once where the character was described as “37 but still attractive.” That pissed me off. Americans are so screwed up about sex.” 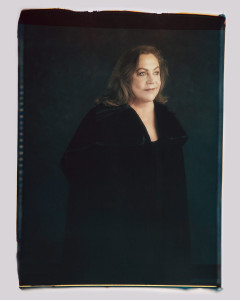 She also talks of working with Eileen Atkins, in Indiscretions on Broadway, and answers the charge that Atkins had called working with her a nightmare: “It’s two-sided. Eileen could be extremely difficult. I spoke to Maggie Smith about my problems with Eileen and Maggie said, “It wasn’t you.” But at the time we were working on Indiscretions, Eileen was soon to be diagnosed with cancer. She probably knew there was something wrong with her and was frightened. Also at that time I was on a new medication that was making me fuzzy, and for the first time in my life I couldn’t retain the script perfectly. I would find myself searching for words. Eileen found this extremely unprofessional. I can understand that. It was not intentional on my part. I was in a great deal of pain — I don’t know how I got through it. One of the areas that was most painful was my right wrist. Just touching it would make me want to scream. It’s hard to understand the level of pain that this disease [rheumatoid arthritis] brings. In any case, I would say to the cast on some nights, “Tonight is really bad. Please avoid this wrist.” And on those nights when Eileen particularly disapproved of me, during a scene where I was supposed to be dead she would sit right on my wrist. I would just lie there, trying not to gasp. Oh, it was a very confusing time. I didn’t know that it was the medication that was keeping me fuzzy. But, you know, even that — I don’t think anyone’s attitude toward me was coming from a cynical place.”