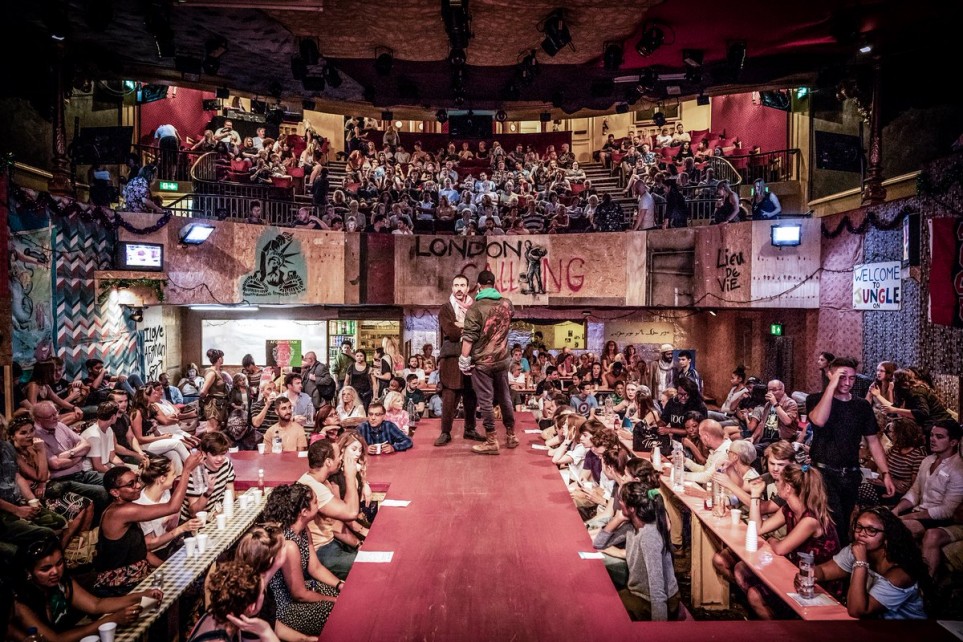 I had a weird week, returning from New York to (finally) catch the West End return of Chicago (now a Broadway staple — it’s the longest running American musical there — but seeing it again here mainly to see the stellar casting of Alexandra Burke and Josefina Gabrielle as Roxie and Velma respectively.  I also re-visited The Jungle that I’d previously seen at the Young Vic at its utterly transformed West End home The Playhouse, before it closed on Saturday, en route to New York where it will play at St Ann’s Warehouse; it’s not often you enter a theatre you know well and find it utterly unrecognisable (pictured above). 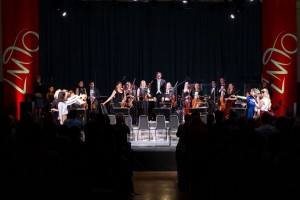 I also saw Howard Goodall’s 1986 musical Girlfriends on three consecutive days in the London Musical Theatre Orchestra’s stirring concert revival at Bishopsgate Institute — I went to the sitzprobe last Thursday afternoon, then to the opening  performance on Friday and the closing performance on Saturday, and simply bathed in a wall of glorious melody each time!

It was a slow week for London openings, in any case, with only debbie tucker green’s ear for eye at the Royal Court and a revival of Joanna Murray-Smith’s Honour at the Park; while on Broadway there was that rare thing — a brand-new play by a hitherto unknown lawyer-turned-playwright, American Son. 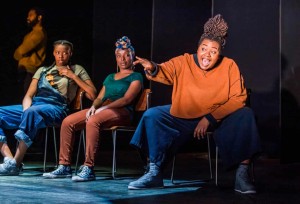 * ear for eye, opening at the Royal Court on November 1, drew contrary opinions, from one-star (predictably from the Daily Mail) to five (The Stage).

In the Daily Mail, Quentin Letts at least makes one observant point about the playwright’s preferred method of stating her name and play titles in lower case letters and the contradiction it creates on the signage outside the theatre: “Alas, the Royal Court’s neon-lit billboard, a celebrated feature of London’s Sloane Square, does not do lower-case letters. Her name and the title of her latest play are up in lights in enormous capitals. eek!”

In The Stage, Sam Marlowe writes, “Debbie Tucker Green doesn’t so much write plays as construct intricate theatrical architecture out of language. With Ear for Eye, she goes further than ever before in breaking down and reconstructing form, creating a complex work of economic eloquence and gestural clarity, uncompromisingly and brilliantly her own. It’s tough, harrowing, and fiercely beautiful.”

And in The Guardian, Michael Billington writes, “debbie tucker green – of the lower case initials and capital aims – has long been preoccupied with justice. Her latest work, consisting of three distinct parts and running two and a quarter hours without interval, is driven by anger at racial injustice. The cumulative impact is overwhelming as tucker green explores the subject’s present practice and historic roots.”

* Honour, opening at the Park Theatre on October 30, with a cast that includes Henry Goodman, Imogen Stubbs and Katie Brayben, also drew contrary opinions. In a two-star review for The Stage, Paul Vale wrote that “The problem is that for all this talent on display, so little of the play rings true.” In a four-star review for the Sunday Times, Patricia Nicol, however, writes, “The Australian playwright Joanna Murray-Smith is quite the powerhouse. Still inducing gasps, this is the third London production in 15 years of her smarting 1995 study of marital breakdown…. Murray-Smith’s adultery premise could veer towards slick cliché, but her ricocheting, acutely observed dialogue and delving female characterisation make this instead a blistering study of agency.”

NEW YORK OPENING OF THE WEEK 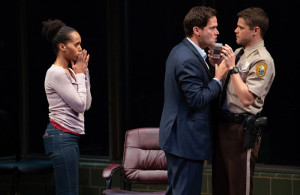 * American Son, opening at the Booth Theatre on November 4,

In my review for The Stage. I wrote, “This world premiere by a hitherto unknown Miami-based lawyer-turned-playwright Christopher Demos-Brown is an impassioned and startling piece.”

In a Critic’s Pick review for the New York Times, Jesse Green writes, “American Son is not a subtle play; it barely feels like a play at all. With its unrelentingly high tension on every level — maternal, marital, societal — it’s more like a slice of a nightmare, with few contours despite its surprises. Its abrupt ending doesn’t even offer a chance for catharsis; it just spits you out. But why should the audience be let off the hook? Why, when everything’s coming apart, should any of us?”

Links to major reviews can be found here: https://www.broadwayworld.com/article/Review-Roundup-What-Do-The-Critics-Think-of-AMERICAN-SON-Updating-Live-20181104

LONDON THEATRE NEWS OF THE WEEK
* Kwame Kwei-Armah has announced his next season at the Young Vic. Marianne Elliott willArthur Miller’s Death of a Salesman with US TV star Wendell Pierce as Willy Loman, Sharon D. Clarke as his wife Linda and Arinzé Kene as their son Biff, from May 1, opening May 9, for run to June 29. Kwei-Armah will direct Tree co-conceived by him with Idris Elba, from July 29, opening Aug 1 for a run to August 24, co-produced with Manchester International Festival and Green Door Pictures. Yaël Farber will direct Lorca’s Blood Wedding, in a new version by Marina Carr from September 19, opening September 25, for a run to November 2. And Genesis Associate director Nadia Latif directs Jackie Sibblies Drury’s Fairview, from November 28, opening Dec 5, for a run to January 18.

* Laura Wade’s Home, I’m Darling, premiered at Theatr Clwyd in July and then seen at the National’s Dorfman, is to transfer to Duke of York’s Theatre from January 26, opening February 6, for a run to April 13, then touring to Bath & Salford. Katherine Parkinson will reprise her lead performance in Tamara Harvey’s production.

* South London LGBT pub and performance space the Vauxhall Tavern has secured its future, with the signing of a 20 year lease.

REGIONAL NEWS OF THE WEEK

* A new production of Leonard Bernstein, Stephen Sondheim and Arthur Laurents’ West Side Story  at Manchester’s Royal Exchange Theatre is to feature new choreography by Aletta Collins, instead of Jerome Robbins! Hooray that it’s going to be given a new look — and in-the-round, too. Running from April 6, opens April 11, to May 25.

* Yet another Broadway musical heading our way: the short-lived 2017 Broadway version of the 2001 film Amélie to run at Newbury’s Watermill Theatre from April 11 to May 18, then tour.

NEW YORK NEWS OF THE WEEK

* At the start of the week, it was announced that Bat out Of Hell was to play a New York season next summer at New York City Center from July 30-Sept 2, as part of its US-wide national tour. But by the end of the week, the entire tour had been scuppered after its Toronto engagement. 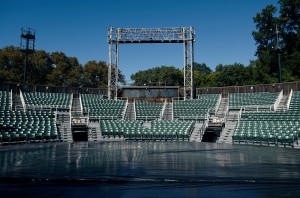 The New York Public Theater’s Delacorte (pictured right), its summer outdoor home in Central Park, is to undergo a $110 million upgrade, scheduled to begin in 2020 and completed by 2022. “It will be the largest project the Public Theater has ever undertaken,” Oskar Eustis, the Public’s artistic director told the New York Times.

* AWARDS ANNOUNCEMENTS OF THE WEEK
* The shortlist of nominees for this year’s Evening Standard Theatre Awards was announced last Monday (October 29).  The winners will be announced at a ceremony on November 18 at the Theater Royal, Drury Lane, to be presented by Phoebe Waller-Bridge.

* The UK Theatre Awards (formerly the TMA Awards) are to introduce a new process by which member theatres can nominate shows for consideration by the judges. Also the the public vote element from the most welcoming theatre category will be removed; instead, theatres can apply to be considered and a judging panel made up of UK Theatre members and awards sponsors will shortlist three venues, visiting each one as part of the final process.

* Nominations for the next round of whatsontage.com awards are now open, with the public invited to nominate productions and personnel in 23 categories. The shortlist will emerge from this list, to be announced on December 5, which will then be open for public vote, with the winners to be announced in a ceremony on March 3, 2019.

INTERVIEWS OF THE WEEK 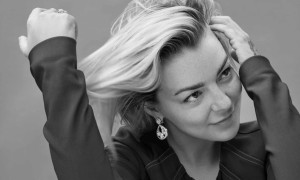 In two searingly honest interviews, both published last Saturday in the Daily Telegraph and The Guardian respectively, Sheridan Smith spoke of her breakdown during Funny Girl, being diagnosed bipolar and her professional insecurities.

In The Guardian, she talks of her approach to interviews: “Back when I started on TV, they sent me on a course, to teach me how to behave in interviews, like they do with politicians. I’m sat with this guy, I’m in my early 20s. He said, ‘No, you see, you’re answering my questions honestly.’ And I said, ‘But you asked’.”

And Lamont pays her the courtesy of asking if she’s okay for everything she says to be in print, as there were a couple of times when she’s said things that close family members don’t know yet. And she replies, “Maybe it’s age. But you start to think, if you own something, how can that hurt? If anything, I should be more honest, because if it helps other people, hearing this, that’s a good thing.”

in the Daily Telegraph, meanwhile, she spoke of her breakdown very frankly: “I managed to keep it going for a long time but the wheels were coming off, and when I crashed it was a big bang,…. That wild girl stuff is drink-fuelled bravado and actually, when I’m on my own, I’m like a little broken sparrow wanting to be put back together.”

She also spoke of how she ended up there: “It sounds ridiculous but the more successful I got, the more I felt like I had impostor syndrome. Like I’m not as good as they think and I’m going to get found out. Then the panic attacks kicked in and I would party more just to try and drown out the noise and self-doubt.” But she doesn’t excuse her own bad behaviour that resulted: “I am the one who went mad and was drunk falling out of clubs with different people and on Twitter being an idiot. I’ve done a lot of stupid things.”” 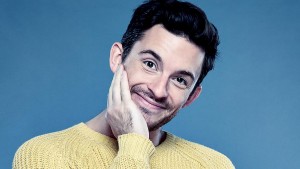 In The Times, Jonathan Bailey (currently playing Jamie, the gay bridegroom in Company in the West End), tells Nancy Durrant of how the role impacts on him personally: “Now, the idea that gay men have been gifted the heteronormative ideal of marriage . . . [He pauses.] Even my generation — I grew up thinking I had a choice to make. Either I would lie about myself, and definitely be unhappy, but maybe that would be OK because I could continue a life maybe having a wife and kids and that would be my commitment to the institution of marriage, or I would be alone and weird at parties. In terms of gay role models or representation, it was still the backlash of the Eighties. I remember watching an episode of Casualty and there was a gay man who was dying of HIV, and I remember thinking, ‘Well, that’s probably going to be my future, not [yet] understanding sexually how [that would happen].”

But for Guardian columnist Coco Khan, “Anthony ‘Ekundayo’ Lennon is the epitome of white entitlement, to be at centre of everything, to have access to every word, every culture, every community. That’s not being an ally (esp when it might end up destabilising BAME arts funding). Ant, some things ain’t yours fam? Ok?”

Designer Tom Scutt comments on a review of The Wolves at Stratford East on Whatsonstage:

“Sad to not see one mention of @RosieMaeElnile fascinating design. I hope we get to a time where criticism acknowledges our understanding of a piece of theatre can be informed as much by the scenography as by the words.”