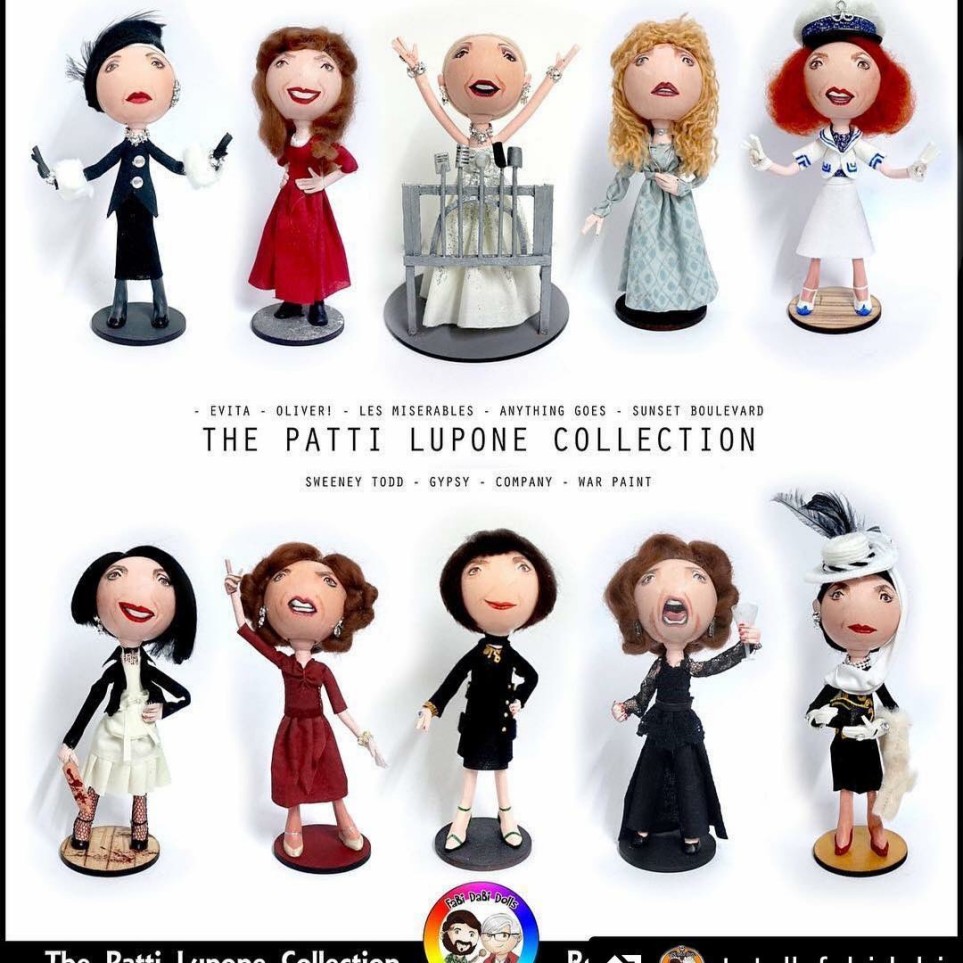 A couple of openings in London divided the critics considerably, but mostly it was thumbs up for Robert Icke’s new The Wild Duck at the Almeida, and thumbs down for Martin McDonagh’s new play A Very Very Very Dark Matter at the Bridge. Meanwhile on Broadway, Elaine May returned to the Golden Theatre, some 57 years after her last appearance there. 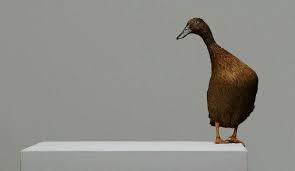 In a review for The Observer, Susannah Clapp nails the craft of director Robert Icke: “Ah, Robert Icke and his theatrical revelations! They are double-pronged. He brings to his staging of established plays such paraphernalia – ideological and physical. Video screens, explanatory commentaries, 21st-century psyches prowling around ancient or 19th-century dramas. Yet he dismantles linguistic clutter, irradiates the heart of a drama.”

But not everybody likes it. In The Guardian, Michael Billington complains, “If you want an example of the arrogance of director’s theatre, head to the current Almeida show. Robert Icke, who has previously adapted Aeschylus, Schiller and Chekhov, now gives us a “new” version of Ibsen’s tragicomic masterpiece The Wild Duck that treats this elusive play as if it were a lecture. Everything that is latent in Ibsen is blatant in Icke…. But Ibsen was a better dramatist than Icke and, since we see this play so rarely, I feel audiences deserve the real thing rather than this parasitic rewrite.”

For Natasha Tripney in The Stage (https://www.thestage.co.uk/reviews/2018/wild-duck-robert-icke-review-almeida-theatre-london/), however, “He’s done it again. Having made Hamlet feel freshly hatched, Almeida associate Robert Icke does the same for Ibsen’s 1884 play…. The precision of the staging is dazzling. Icke gradually builds the world of the play. The lights, bright at the beginning, slowly dim and the bare stage is subtly populated with furniture – you barely notice it happening.” She concludes by calling it “another exceptional production from a director (and adaptor) of incredible skill and insight.”

The world premiere of Martin McDonagh’s latest at the Bridge draws one star pans from both the Sunday Times and Mail on Sunday — but a four-star rave from Ann Treneman in The Times, who acknowledges, “A Very Very Very Dark Matter is going to split opinions. But who wants to be a “sitter on a fencer”, as Andersen might say? I would go again. But, please, don’t take the children.”

In the Sunday Times, Christopher Hart writes by contrast, “McDonagh has frequently said he doesn’t like the theatre and won’t write any more for it. Let’s hope so. The only real laugh we had all evening was when, as my female companion reported, Kit Harington ended up in the ladies’ loo, confused, perhaps, by the Bridge Theatre’s trendy “Transgender” signs on the door.”

And in the Mail on Sunday, Robert Gore-Langton writes, “There are plays that smell a bit off and plays that stink. This one pongs like something festering at the back of a student’s fridge.

NEW YORK OPENINGS OF THE WEEK

The Waverly Gallery, opening at the Golden Theatre on October 25, brought Elaine May back to Broadway — the very same theatre where she first appeared 57 years ago.

In my review for The Stage, I wrote, “Written in 1999, this is the play’s first Broadway appearance follows recent revivals there for Lonergan’s This is Our Youth and Lobby Hero (both of which also featured Michael Cera). This has no doubt been precipitated by Lonergan’s rising star as a screenwriter and film director of Manchester by the Sea. Oscar-nominated actor Lucas Hedges appears here as Daniel, touchingly caring for his grandmother yet also exasperated by her.”

In a Critic’s Pick review for the New York Times, Ben Brantley wrote, ““The Waverly Gallery” is very much a group portrait, in which everyday life is distorted to the point of surrealism by the addled soul at its center. And [director Lila] Neugebauer has assembled a dream cast to embody the collective madness that seems to descend on those closest to Gladys.

Links to major reviews can be found here: https://www.broadwayworld.com/article/Review-Roundup-What-Did-Critics-Think-of-Elaine-May-In-THE-WAVERLY-GALLERY-On-Broadway-20181025

LONDON THEATRE NEWS OF THE WEEK: SHOWS AND CASTING
*

Public workshops are to be held for Andrew Lloyd Webber Unmasked, described as a “a not so reverential look at his life and career”, based on his recent autobiography and scripted by Richard Curtis. It was originally announced to to open at New York’s Paper Mill Theatre, but was subsequently postponed .Now Laurence Connor will direct a cast that includes Siobhan Dillon,  Tyrone Huntley, Rosanna Hyland, Ria Jones, Stephen Leask, Anna O’Byrne and Michael Xavier in a series of performances from November 29 to December 1 at the Other Palace; according to the theatre’s website, “This is a workshop for a planned production in the USA, it will be highly experimental and no two performances are likely to be the same.”

* William Finn and James Lapine’s Off-Broadway musical version of the indie film Little Miss Sunshine, seen at New York’s Second Stage in 2013, is to receive its UK premiere at the Arcola Theatre from March 21, opening April 1, for run to May 11, co-produced with Sell a Door Worldwide, who will tour it regionally after.

* A gala night for The Band on December 4 will be held to benefit the Elton John AIDS Foundation.  Dinner tables are being offered at £1000 a head, or there will be seats in the dress and upper circles from £50-£200. A snip at the price! 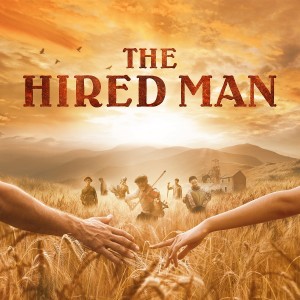 The Hired Man, Howard Goodall and Melvyn Bragg’s 1984 musical masterpiece based on Bragg’s own novel, is to be revived at the Queen’s Theatre in Hornchurch, east London, from April 27-May 18, then at Hull Truck from May 23-June 15 and the Oldham Coliseum from June 20-July 6. My favourite British musical of the last half century!

LONDON THEATRE NEWS: BEHIND-THE-SCENES
* The 2019 The Stager Awards are to be held at the Bridge Theatre on January 25. Public nominations being sought now in 10 categories; nominations can be submitted here before November 11; the judging panel (including me!) decides winners.

* After being trailed by a hashtag #LynsNextStep, a party held at the Vaults in Waterloo saw the announcement of Lyn Gardner’s next journalistic adventure; she will join @StagedoorLDN with a dedicated section on the app devoted to shining a light “on exciting theatre that does not always get covered in the mainstream media.”

NEW YORK NEWS
* DidHeLikeIt, the Broadway website that tabulates reviews scores for Broadway shows, has been sold by producer Ken Davenport, and is to be re-branded DidTheyLikeIt.

* Michelle Williams, the Destiny’s Child pop star, is to join Broadway’s Once on this Island from November 30 to June 2, 2019, to play Erzulie, the Goddess of Love.

QUOTE OF THE WEEK
“I’m now having to evaluate [the Ambassadors Theatre project] very, very carefully after an incredibly tough experience with the Victoria Palace to see if I can afford it,” says Cameron Mackintosh about his previously announced plans to refurbish and rebrand the Covent Garden Theatre. He adds, “The thing is I’m talking about a 400-odd-seat theatre which can never make any money. There’s got to be a limit to the amount of money I spend on it, but I don’t know what that is yet.” Perhaps it’s time to crowd-source him some assistance.

GIFT IDEA OF THE WEEK

Christmas is nearly here…. and here’s the perfect gift for the theatre fan who has (nearly) everything! A set of Patti LuPone dolls (pictured at the top of this column), now with Joanna added from Company! Let’s drink to them — EVERYBODY RISE!

From Evening Standard critic Fiona Mountford (who didn’t actually review A Very Very Very Dark Matter for the paper, which was reviewed by Henry Hitchings in a two-star review)

PODCAST OF THE WEEK 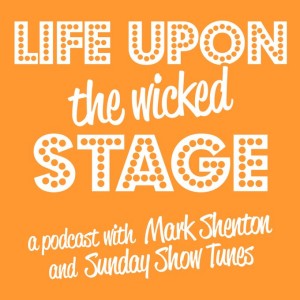 In the second of the new podcast series Life Upon the Wicked Stage, which I co-present with Sunday ShowTunes, Paul Branch, Maureen Ward Rejali and I shoot the breeze on all things musical from the West End, Broadway and beyond, including the brand new London production of Company, Mythic at Charing Cross Theatre and Guys and Dolls at The Royal Albert Hall. Listen here: https://audioboom.com/posts/7057699-life-upon-the-wicked-stage-episode-2