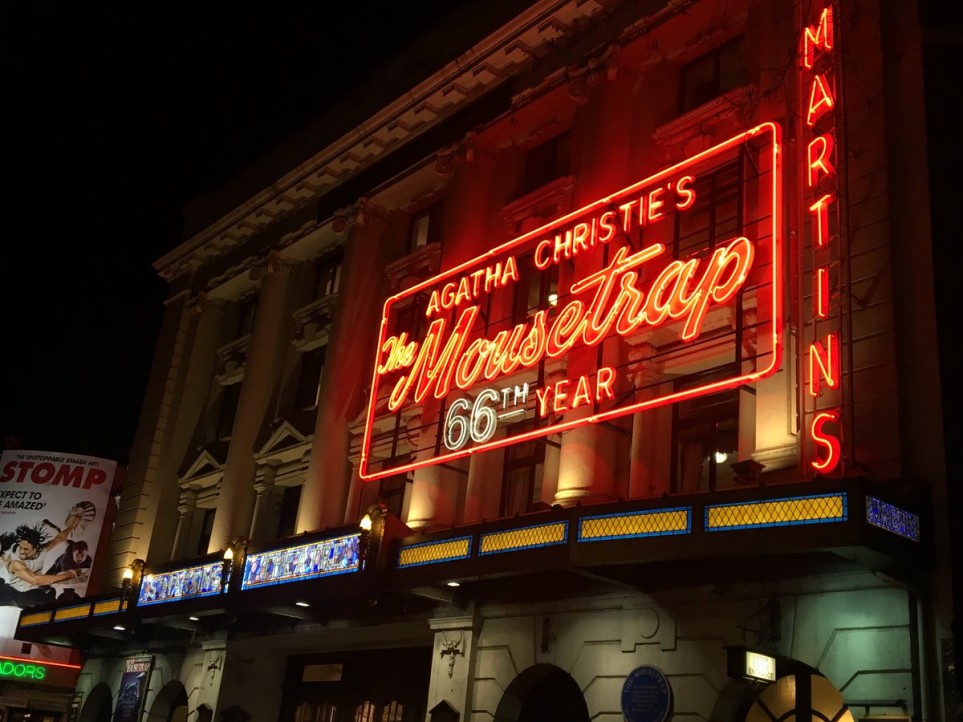 One of my New Year resolutions is to reactivate this site and turn it into a lively, ongoing archive of my work for other outlets but also a source of original content written specially for here, including a weekly wrap-up of my picks of the week, reviews for shows I’ve not covered elsewhere, and a rolling news, views and features feed.

So today I am starting with a weekly feature of hot tickets of the week, including the week’s openings and closings, plus other events in my diary; and a round-up of my top fhree already-running plays and musicals of the week.

THIS WEEK: OPENINGS
After a slow start to the New Year last week that saw only the opening of Banaman the Musical at Southwark Playhouse (for which you can find my review here: https://www.londontheatre.co.uk/reviews/review-bananaman-the-musical-at-southwark-playhouse), this week is much busier. These are the openings: 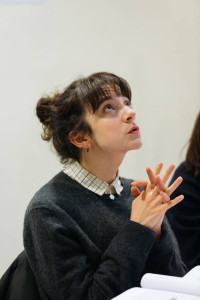 My Mum’s a Twat opens at the Royal Court’s Theatre Upstairs, a new play by the Royal Court’s own in-house PR Anoushka Warden, an autobiographical monologue about her relationship with her mother who got caught up in a spiritual cult. Read an interview with Warden in The Observer, in which she reveals, “I’ve mentioned the play to my mum and told her the title and she didn’t really ask anything, except if ‘twat’ was a real word.” It is performed by Patsy Ferran (right). 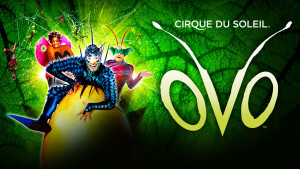 Ovo opens at the Royal Albert Hall. This year’s annual Cirque du Soleil residency at the Royal Albert Hall  is the UK premiere for Ovo, directed by Deborah Corker. The first woman to direct for Cirque du Soleil, she won the 2001 Olivier Award for Outstanding Achievement in Dance in 2001 for her show Mix. Originally premiered in Montreal as a Big Top show in 2009, it features 50 performing artists form 17 countries specializing in many acrobatic acts.

Girl from the North Country transfers from the Old Vic, where it premiered last summer, to open at the West End’s Noel Coward Theatre. Threading Bob Dylan songs through a new play by Conor McPherson, it is set in  Duluth, Minnesota in 1934, and portrays a community living on a knife-edge who huddle together in the local guesthouse. McPherson directs a cast that includes Finbar Lynch, Sheila Atim, Shirley Henderson, Ciaran Hands, Karl Johnson, Arinze Kene, Debbie Kurup and Jack Shalloo.

Also on Thursday: Rita, Sue and Bob Too is revived at the Royal Court, its original 1982 home. This planned London run for Out of Joint’s touring production was initially cancelled after the play’s original director (and this production’s originally billed co-director) Max Stafford-Clark was accused of sexual harassment. Reinstating the production, artistic director Vicky Featherstone wrote, “I have been rocked to the core by accusations of censorship and the banning of a working class female voice. For that reason I have invited the current Out of Joint production of Rita, Sue and Bob Too back to the Royal Court for its run. As a result of this helpful public debate we are now confident that the context with which Andrea Dunbar’s play will be viewed will be an invitation for new conversations.” It runs January 9 to 27, with press invited from January 11. Friday January 12:
A busy night sees the openings for transfers of Tommy Murphy’s Strangers In Between from the King’s Head to Trafalgar Studios 2 and Glenn Waldron’s The Here and This and Now from Plymouth Theatre Royal’a Drum Theatre. The latter will be joined by in rep by Mikhail Durnenkov’s The War Has Not Yet Started, opening January 19. Also opening is a return season of Frantic Assembly’s co-production of Andrew Bovell’s Things I Know to Be True, previously seen at Hammersmith in 2016 and now launching a new UK tour here. THIS WEEK: CLOSING
Dick Whittington, this year’s London Palladium panto, closes on January 20 — and is even better than last year’s Cinderella. As I wrote here, (https://www.londontheatre.co.uk/reviews/review-dick-whittington-starring-elaine-paige-and-julian-clary-at-the-london-palladium), “hows don’t come more spectacular than Dick Whittington, a giant, glittery, gob-smacking Christmas bauble of a show, which features a succession of theatrical surprises and thrills that puts the wonder into wonderful.  The welcome return of pantomime to the London Palladium, which used to be an annual fixture here, began with last year’s Cinderella, and it now continues triumphantly with Dick Whittington (according to the programme, another is also promised – but not yet named – for 2018).” ALSO IN MY DIARY 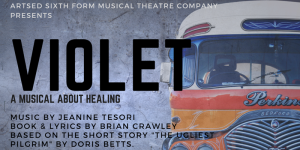 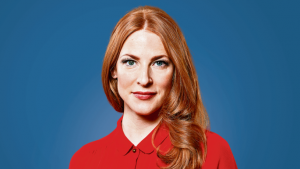 The Ferryman — Jez Butterworth’s latest play, which opened at the Royal Court last year before transferring immediately to the Gielgud, has been twice extended since. This week sees new cast members join, including the utterly wonderful Rosalie Craig (pictured right), which will be reason enough for me to want to see it again. In an interview with The Times, she has said, “I hate the phrase ‘it’s a gift of a role’, but it sort of is. The way that Jez has written her, his intricacy and his lightness of touch with characters, he’s something else. She’s layered, but without it being banged over your head. And she’s funny. But her roots into the world have already grown, you can just sit in her. She’s formed.” So is the wondrous Craig. (My original review of the Royal Court run is here: https://www.londontheatre.co.uk/reviews/review-of-the-ferryman-by-jez-butterworth-at-the-royal-court-theatre-a-complex-beautifully2) Glengarry Glen Ross —  David Mamet’s 1983 play is revived at the West End’s Playhouse Theatre with an all-star cast that includes Christian Slater, Kris Marshall, Robert Glenister, Stanley Townsend and Don Warrington. As I wrote in my review (https://www.londontheatre.co.uk/reviews/review-glengarry-glen-ross-starring-christian-slater-at-the-playhouse-theatre) for londontheatre.co.uk, I wrote, “David Mamet’s blistering, turbo-charged burst of testosterone Glengarry Glen Ross always has to walk a tightrope between its sweary machismo and the sweaty exposure of the vulnerabilities beneath its characters’ bluster. There are occasions when the tightly-wound tensions in this new, starry West End production slacken, but this is still a lean, mean rollercoaster peek behind the scenes of a set of real-estate salesman chasing the best leads and trying to close deals with their sometimes reluctant prey.”3) 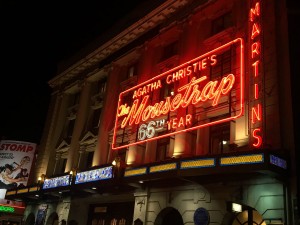 The Mousetrap — Yes, I know its been running for 66 years now, but I was taken back to see it last week and instead of finding it wearying, I was genuinely amazed at how well it is wearing. The last time I’d seen it, it had felt like stuffy museum theatre — like a weekly rep in Weston Super Mare. But it has been newly galvanised by proper direction by Hugh Ross. It earns its place in the West End (and its occupation of the gorgeously old-fashioned wood-panelled St Martin’s) by sheer craft — and some graft by a very strong company, who make it feel fresh instead of stilted.
TOP THREE MUSICALS
1) Everybody’s Talking About Jamie. Of course everyone’s actually talking about Hamilton nowadays, but they should also be talking about Everybody’s Talking About Jamie, that I dubbed in my review for londontheatre.co.uk (https://www.londontheatre.co.uk/reviews/review-everybodys-talking-about-jamie-at-the-apollo-theatre) as “just the refreshing breath of fresh, inclusive air the West End needs right now.” About a gay teenager who finds a path to self-acceptance and self-realisation through his love of drag, it charts how his brave determination to go to his high school prom in a dress is realised. There’s a great performance from John McCrae in the title role, and some fantastic songs by Dan Gillespie Sells, lead singer and principal songwriter for The Feeling. 2) Young Frankenstein. This uproarious musical version of Mel Brooks’s cult 1974 comedy, with songs by Brooks himself, is one of the most liberatingly funny shows in town. Even before it opened, Mel Brooks was quoted on the ads as saying,  “I think, modestly speaking, it will be sensational.” As I wrote in my review for londontheatre.co.uk, (https://www.londontheatre.co.uk/reviews/review-mel-brooks-young-frankenstein-at-the-garrick-theatre) “He is, as it turns out, completely right.”  A wickedly funny cast is led by Hadley Fraser as Dr Frankestein and also features Summer Strallen, Lesley Joseph, Ross Noble and Dianne Pilkington. 3) The Grinning Man. First seen at Bristol Old Vic in 2016, this is another musical based on a Victor Hugo novel — a bold, slightly demented original British musical written in dark cabaret colours, and gorgeously performed by a stellar cast that includes Louis Maskell and Julie Atherton.