A new role for me at The Stage | Shenton Stage 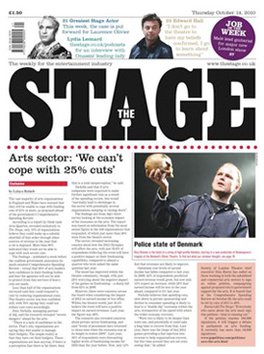 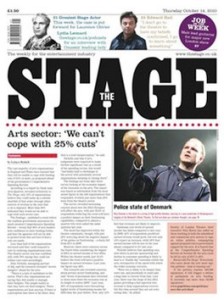 Today The Stage held its annual New Year’s party for the 20th year running, buy unhealthy as the paper itself is about to celebrate its 135th birthday this weekend.

I’m very, cheap very proud to be part of the U.K’s industry paper, and today was even prouder to be officially announced as associate editor to the paper, and joint lead theatre critic (with Natasha Tripney).

My tweet announcing this got retweeted 39 times and favourited 208 times; while on Facebook, I’ve had over 220 likes and some 96 comments!

In an age where theatre journalism is under increasing threat (reviews have been eliminated from the Independent on Sunday and Sunday Telegraph, and mostly removed from Metro), it’s lovely to be part of a thriving title that is demonstrating its commitment to reviews with these appointments, and it’s obvious that friends and twitter followers agree!