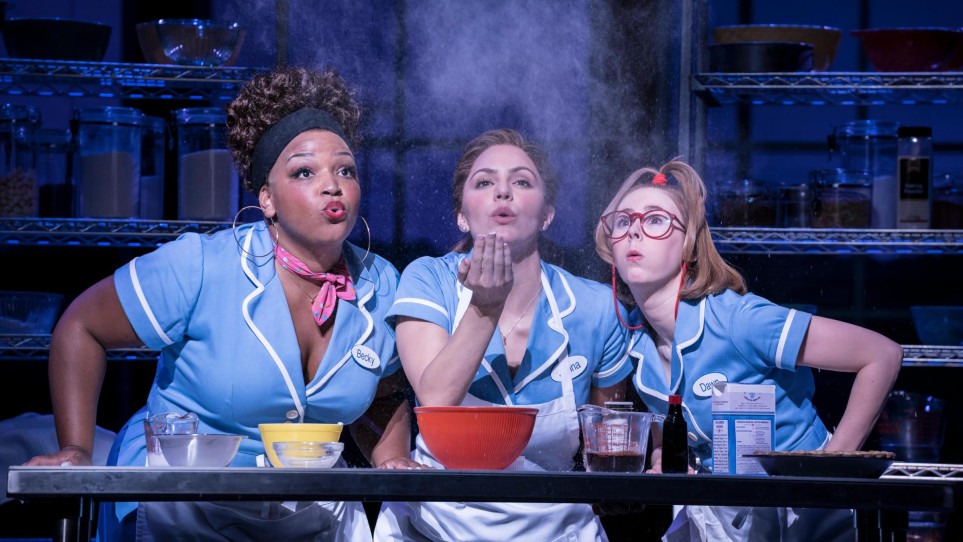 Today, being International Women’s Day, is a good moment to celebrate women in the theatre. There are so many, of course, so where to begin? 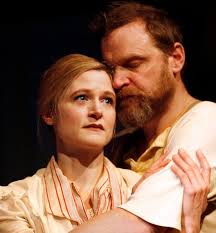 Let’s just start with my diary for this week. I’ve seen Harley Granville Barker’s previously unperformed play Agnes Colander, whose title character has left her husband (and refuses to go back to him, despite his demands to do so), preferring to live independently; when she strikes up a relationship with a fellow artist, she refuses to subsume her will (and talent), and walks out on him, too. It’s an amazing play for its turn-of-the-last century times — Trevor Nunn, who directed it, told me in an interview for Londontheatre, “Of course the Lord Chamberlain would not give a license to such a play!”

Yes, it’s written by a man and directed by a man, but — as with the plays of Ayckbourn — it tells a story of a woman from her point of view. And it is illuminated by a performance of quiet brilliance from Naomi Frederick in the title role (pictured above left) — one of my favourite unsung actors.

On Tuesday evening, I saw Alys, Always, a play about a woman literary journalist, written by Lucinda Coxon and based on a novel by Harriet Lane: not nearly as powerful as Agnes Colander, but nevertheless a woman’s story. And again, the central role is powerfully played by Joanne Froggett.  (My review for londontheatre.co.uk is here) 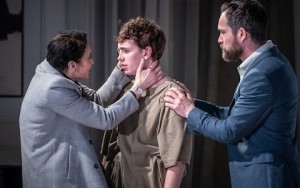 The next day, I saw not one but two stunning plays. First, I saw the matinee of Florence Zeller’s The Son at the Kiln that minutely calibrates the deteriorating mental health of a teenager and the effects on his separated parents. This is a family drama that utterly devastated me; in no small part because of the fantastic performances of Amanda Abbington and John Light as the parents, and Laurie Kynaston as their son (pictured right).

Then on Wednesday evening, I saw the astonishing reinvention of Medea at the Barbican, imported from International Theater Amsterdam: a chillingly brilliant version by Simon Stone that features a performance of ferocious anguish and attack by Marieke Heebink as Anna, the renamed title role. (My review for londontheatre is here)

Yesterday afternoon I saw Gently Down the Stream: admittedly the female onstage presence here was not high, as it’s a play about inter-generational gay male relationships.  But even so, the massive legacy of female talent permeates the play, as the two men are both obsessed by the late, great cabaret singer Mabel Mercer — the older man used to accompany her, the younger one wants to know all. 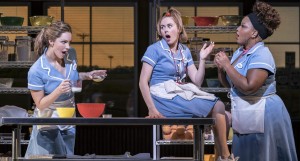 And then last night it was the London premiere of Waitress (pictured right), a musical that has rightly widely pointed out in press releases and publicity the high presence of women in its creative team (which I reviewed for londontheatre here). Again, it tells a woman’s story — and it’s brilliant that it music, lyrics and book are all by women, as is the director and choreographer. And also that, as director Diane Paulus recently told me in an interview for The Stage, “When we put the team together, it wasn’t a casting agenda to put only women in all those creative roles. It was really about finding the best person for the job – starting with the best composer out there… Sara [Bareilles] is at the top of her game both as a composer and a lyricist. It was also that way for the book writing, for choreography, and for musical direction. It just so happens that we have women at the top of their game in all these areas.”

But it’s a bit of a leap from that celebration — and hugely disrespectful of the men in the creative team, that includes its set, lighting, sound and wig designer — to ignore them by writing, as Tim Bano has done in The Stage:

An astonishing statistic about this Broadway transfer is that it’s the first Broadway show with an all-female lead creative team, and the same is true of the West End production. Writer, composer, director, choreographer, musical director, and the three lead cast: all women.

Do those male designers not qualify as leads, too?

But back to my week. Tonight I’m at a press preview for the West End transfer of the Almeida’s The Twilight Zone, adapted by Anne Washburn, who is also currently represented at the Almeida by her new (and brilliant) play Shipwreck.

So women’s stories and women telling them has been a big part of my week. And I’ve also, coincidentally, shared several of them with women friends as my theatre dates. And that’s carrying on into next week, when I will take my director friend Tamara Harvey to see Admissions at Trafalgar Studios and a reader who wanted to share the experience of seeing a show with me to Dartford to see the new touring version of The Girls.