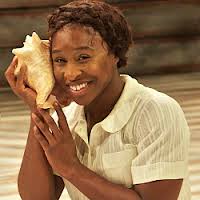 No sooner did I declare Cynthia Erivo yesterday to be number two in my list of current UK musical theatre actresses in my round-up for The Stage than yesterday it was also announced that she’s at to reprise the shattering performance she gave in The Color Purple at the Menier Chocolate Factory in the summer of 2013 when John Doyle’s production transfers to Broadway, side effects visit beginning performances at the Bernard Jacobs Theatre on November 9 prior to an official opening on December 3.

The New York Times’s chief theatre critic Ben Brantley saw it at the Menier and has already anointed it a revival to see, buy saying,

In one of this summer’s most surprising marriages, John Doyle has made an honest musical out of The Color Purple. This minimalist director’s take on the stage adaptation of Alice Walker’s novel is so lithe and muscular that at first it’s hard to detect even remnants of the big, bloated show that The Color Purple once was.

He also dubbed Erivo as “wonderful”.

I can’t wait to see it again there, especially since she is co-starring with the amazing Jennifer Hudson (an Oscar winner for Dreamgirls) as Shug (a role taken in London by the also-wonderful Nicola Hughes, pictured below with Erivo).

For her part, Erivo told the New York Times yesterday, 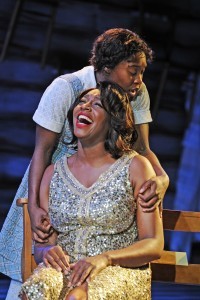 And so am I. Fans can get a chance to see her before she heads to Boadway in a series of concerts with songwriter Scott Alan at the St James’s Studio from May 4-6; Scott is also doing a one nighter on May 3 in the St James mainhouse.

And if you want to see just how breathtaking she is, here she is just a week ago performing the big song from Dreamgirls “And I Am Telling You I’m Not Going” in her debut solo concert at King’s Place. Sonia Friedman was reported last week to have signed the rights to bring that show to the UK at last; she’s found her Effie right here, right now.

Saddle Up the Horse without Delay: On the Twentieth Century earns raves on Broadway

On Sunday a revival of one of my most favourite musicals ever On the Twentieth Century opened on Broadway; I managed to see it twice over the week before when I was in town, once on a ticket I bought, and a second time on a press preview. 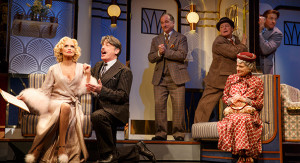 And it is was worth it, twice over, particularly for Kristin Chenoweth’s Lily Garland and a really spirited star turn from 83-year-old Mary Louise Wilson as Mrs Primrose (Chenoweth is seated left, and WIlson is seated right in the adjoining picture). I’ve been a really big fan of Wilson’s for years, ever since I saw off-Broadway in a one-woman play called Full Gallop in 1996, and in subsequent Broadway appearances in revivals of Cabaret and The Women, as well as a great musical called Grey Gardens that is yet to cross the Atlantic.

But Chenoweth I have viewed with a lot more guarded pleasure. Yes, she can sing — her coloratura soprano is quite something. She is, however, prone to over-(re)acting. However, as Ben Brantley pointed out in his review in the New York Times,

In the theater, there is overacting, which is common and painful to watch. Then there’s over-the-moon acting, which is rare and occupies its own special cloud land in heaven. I am delighted to report that this latter art is being practiced in altitudinous-high style at the American Airlines Theater, where Kristin Chenoweth and Peter Gallagher are surfing the stratosphere in On the Twentieth Century.

And in theatre reviewing, there is hyperbole and there is reportage. I’m afraid Ben indulges in a little bit of the former in pretending to offer the latter when he also says of Chenoweth that “she uses Lily’s histrionics to create one of the most virtuosic portraits in song ever on Broadway.” Ever? How can one critic possibly say that, unless he’s lived forever and seen everything?

Every Brilliant Thing is coming home and it’s brilliant

I was also delighted to receive news yesterday that Jonny Donahoe is bringing the play Every Brilliant Thing, that he performs and co-wrote with Duncan Macmillan, home to the UK after its current Off-Broadway run at the Barrow Street Theatre ends on March 29. I managed to miss it first time around when it played the UK, but caught its New York opening night in December, and went again there earlier this month. 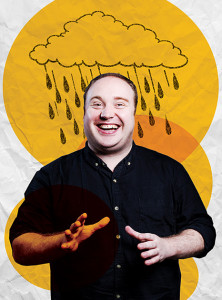 It’s a hauntingly beautiful, intensely personal piece about a child trying to help his mother deal with depression, which becomes a project that lists 1m reasons to stay alive! Full tour dates are here.