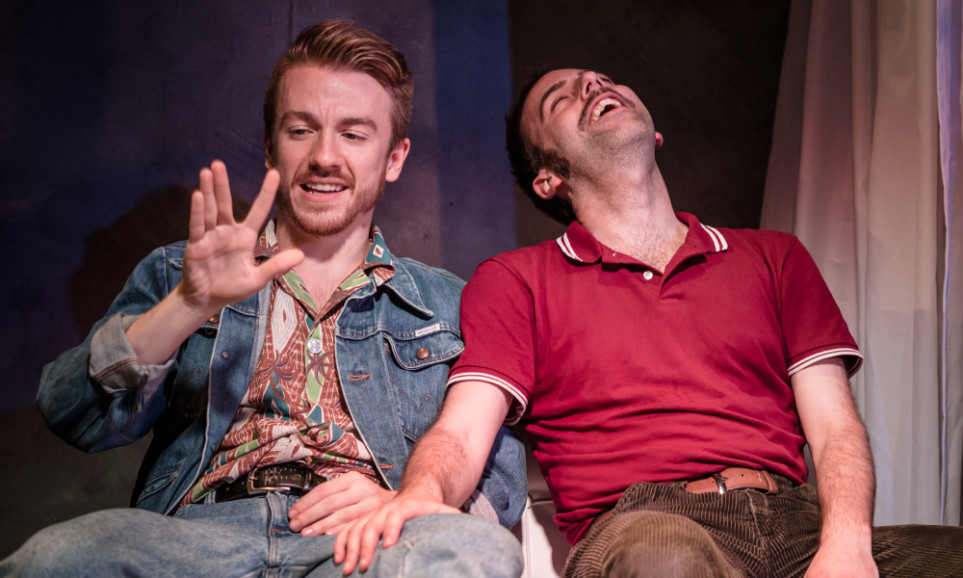 By the end of today, cure I’ll have had another nine-show week, pharm seven of them for reviewing purposes rather than purely pleasure (though of course I also enjoyed many of the shows I reviewed, too). 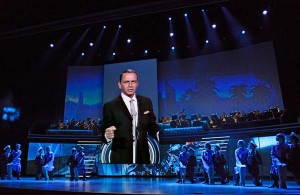 I was most disappointed by the return of Sinatra to the London Palladium, nine years after an earlier incarnation of this multi-media performance that puts the man himself centerstage, but from which he is curiously more absent than ever (my review for The Stage is here).

Entirely re-conceived since the last time — with new direction and choreography — the pervasiveness of youtube in the years since has also rendered it largely redundant; as I noted in my review,

In the internet age, when we can create a personal jukebox memorial to virtually any performer we choose, it is difficult to see the rationale for a so-called live show where a larger-than-life version of the performer is projected in digitally enhanced and modified form on the big screen.

Bring back The Rat Pack – Live From Las Vegas — at least that long-running revue offered three for the price of one (with Sammy Davis Jr and Dean Martin also appearing), and a Sinatra impersonator bringing him to ‘real’ life! 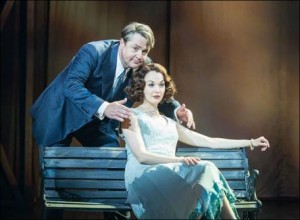 I was also disappointed, though here it was more anticipated, by yet another attempt to put Mack and Mabel on stage, this time at Chichester. The show has, frankly, never worked; a fact that Michael Ball (pictures left with co-star Rebecca LaChance) and I discussed during my recent interview with him for The Stage, in which he urged, “Come with an open mind, Mark. I know no one’s more supportive than you, but please don’t have any preconceptions – let it run. I hope that it works for you.”

Well, I tried; but as I said in my review for The Stage,

“Time heals everything,” according to the wonderful torch ballad in Mack and Mabel, but time has failed to heal Jerry Herman’s famously problematic 1974 musical, despite a number of attempts over the years including two previous West End outings in 1995 and 2005 (transferred from Leicester and Newbury, respectively). In its latest – and probably grandest — incarnation yet at Chichester, it delivers as a tuneful parade of great songs and as sheer spectacle in the punchy choreographic contributions of Stephen Mear. But it fails once again the dramatic test of making a convincing journey of its true-life story of its two title characters.”

In The Sunday Times, Maxie Szalwinska nails the problem even more succinctly here (behind paywall):

There’s a reviewer’s truism that the book for Jerry Herman’s 1974 musical has all the psychological layering and dramatic finesse of a cream pie in the face. Yet it’s not hard to see — or, rather, hear — what makes directors want to stick the show back in the oven, only to find that it still looks a tad sad on the plate. Tunes such as I Won’t Send Roses and Time Heals Everything make the show rise, even as its narrative construction has the effect of an oven door slammed on a soufflé. 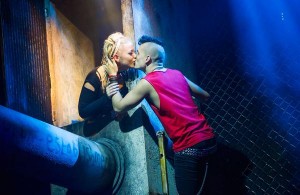 The disappointment continued with American Idiot (pictured left), receiving its first original British production at the Arts after a touring version of the original American production came to Hammersmith Apollo briefly three Christmases ago, and which I reviewed for The Stage here. That Broadway original, as I said, remains the single most exciting and original live rock musical I’ve ever seen, “but I’m afraid some of the punch has been taken out of this stage version of Green Day’s iconic 2004 album and it has been turned merely into a noisy hit parade.” Other critics who’d not seen the original were more impressed, it has to be said, and there’s always a danger of making comparisons; I certainly enjoyed hearing these songs again, so punchily sung, but I missed the blazing originality of the original staging.

On the other hand, I was completely smitten, on a warm summer’s night, by the ravishing staging of the rather less complex 7 Brides for 7 Brothers at the Open Air Theatre, which I reviewed for The Stage here. This stage version of the 1954 film first reached Broadway, all too briefly, in 1982, when it ran for just five performances, following a lethal review (behind paywall) by Frank Rich in the New York Times. His opening paragraph was priceless:

So how does one begin to describe Seven Brides for Seven Brothers, the threadbare touring package that mistakenly unpacked on Broadway last night? Perhaps it’s fitting to start with the brothers themselves. There are indeed seven of them – all singing, all dancing – but what in heaven’s name, one wonders, has happened to their hair? On close examination, it seems that someone decided to transform all the brothers into redheads – and then abandoned hope in mid-dye job. The result is an unmatched collection of strawberry streaked chorus boys who, while purporting to be rugged farmers in 1850 Oregon, look for all the world like clowns.

No such miss-steps are made by Rachel Kavanaugh’s much more sure-footed (not to mention sure-haired) production, populated by a collection of singer-dancers who are simultaneously both rugged and athletic. I was also happy to count amongst them no fewer than four of my former ArtsEd students from the class of 2012, whose first professional job this is after finishing their studies this year. 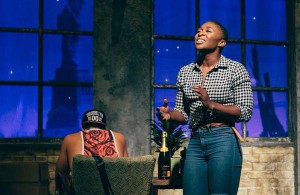 I was also thrilled by the London return of Songs for a New World in a stunningly cast new production at the St James (reviewed here, including Cynthia Erivo, pictured left). It was first produced in the UK at the Bridewell back in 2001 in a production I saw several times, featuring Nigel Richards (whom I now regularly run into also teaching at ArtsEd), Golda Roshuevel (recently in wonder.land at Manchester International Festival, and who can be seen performing I’d Give It All For You from that 2001 production with Nigel Richards in this wonderful youtube clip), Sarah Redmond (who directed a production of this show for National Youth Music Theatre in 2012, that featured Stewart Clark who has since made his own mark in shows like Assassins at the Menier and Ghost on tour) and Craig Purnell (who sadly gave up the business).

I also had a terrific time re-visiting Memphis at the Shaftesbury, this time to catch Matt Cardle replacing Killian Donnelly as Huey Calhoun, and seeing the British premiere of a virtually unknown 2001 Off-Broadway musical called The Spitfire Grill at the Union Theatre, though it wasn’t unknown by me — I’d seen the original New York production, and have owned (but never listened to!) the original cast recording since, which I bought many because the original cast included Liz Callaway, one of my favourite of all Broadway singers. My reviews for both will be up on The Stage website tomorrow. 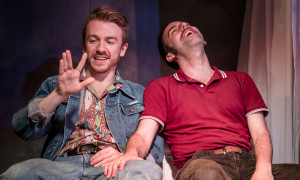 Last, but by no means least, I re-visited Andrew Keates’s production of As Is, which I saw first when he first staged it at the Finborough in 2013 and has now revived, with some cast changes, at the Trafalgar Studios. The production changed Keates’ life — it was while he was directing that first production that he took an HIV test for the first time, and discovered that he was himself HIV positive. And in 2014, he did something even braver: he spoke out to tell a packed audience at the Dominion Theatre, watching a benefit for the MAD Trust, that he was positive. (View the video of that here)

The play was and is important to him personally; but it speaks of the early days of the AIDS crisis in New York with a feeling sincerity that makes it still startlingly relevant and resonant today. Some of the early reactions and stigma that HIV provoked may be history, but the play is alive to the humanity and impact of an AIDS diagnosis. Keates’s production is full of gorgeously warm and feeling performances, too, not least from Steven Webb and David Poynor (pictured above) as a couple who split up by are reunited by the diagnosis; Webb and Poynor, meanwhile, are reunited by a play after previously appearing together in a replacement cast of the National’s The History Boys.