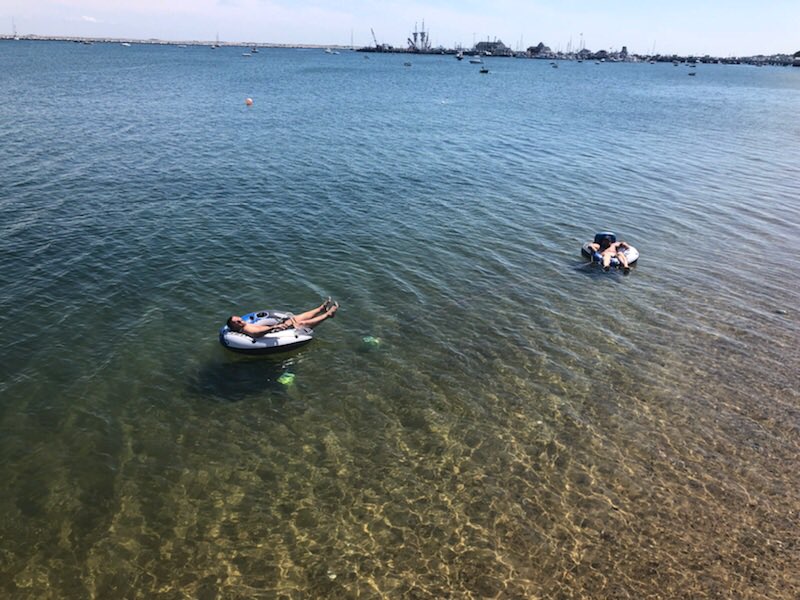 I’m on week two of a nine week stay in Provincetown on Cape Cod, a tiny, historic and very gay holiday town on the tip of Cape Cod where my husband and I have holidayed every single summer since we first met. We had our honeymoon here six years ago (bringing along my mother, brother and sister-in-law; we slept on the sofa in the lounge and gave them the two bedrooms!).   Over the ten years we’ve been coming, we’ve stayed in guest houses (one with the grumpiest of hosts, the other with the best home-baked cakes I’ve ever eaten), at the Boatslip resort hotel (our room was directly above the pounding beats of the daily tea dance, but we still managed to have our afternoon naps!), and in holiday rentals, including a four-year run at an oceanside property that then got sold off as individual condos (each with an asking price in excess of $700,000). 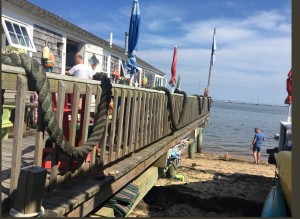 Last year, we found the best place we’ve yet stayed at, and at the risk of giving away our own little secret, it’s called Poor Richard’s Landing, in the East End of Commercial Street adjoining the Mews restaurant, with amazing views of the sea from our front door and direct access to the beach (pictured right) from there.

In 2017, we met two guys from Seattle here Jason and Marcus, who were spending the entire season from May to September, which made us extremely jealous and set us to wondering if we could do that too, one day. And while I was here last year, I also found myself experiencing a rapidly racing heartbeat on some days; it would ease if I stopped exerting myself by walking, so I simply blamed it on the heat.

But then I went to New York, and it was even worse. I remember one evening walking to a theatre with Frances Ruffelle, and I had to keep stopping to get my breath back; she said I should go to the hospital. I said I’d wait till I got home to London.

The morning I arrived back at Heathrow, it took me around 30 minutes to get from the plane doors to the terminal building — yes, I know Heathrow is big and distances can sometimes be crazy (especially when, as happened last summer, one of the longer travelators was out of service), but things weren’t right. And me being me, I wasn’t heading straight home, but was stopping off at South Kensington to go to a Prom at the Royal Albert Hall that afternoon of a concert performance of Oklahoma!

I met a friend at South Ken for coffee, then we set off for the Albert Hall; it took me about 40 minutes to get there rather than the usual 10 or so. Like Frankie, this friend said I needed to go have it checked out urgently.

But I was also due to go to Edinburgh two days later for a week of the fringe; and I knew that if I told my husband what was going on, he’d say I couldn’t go. So I was seriously thinking of delaying having it checked out till I got back from that trip.

By the time Oklahoma! finished that afternoon, though, and I knew I couldn’t make the walk back to South Ken so took an Uber home instead, I knew it was time to admit there was a problem. So when my husband got home from work, we had dinner and then went up to A&E at St Thomas’s.

Then ran some tests, and discovered that my count of something or other wasn’t quite right; they needed to do an angiogram. But they aren’t done on weekends, so I was admitted to a ward to sit it out until Monday. (I asked if I could simply go home and come back, as I was booked in to see two shows on the Saturday — but they refused!)

When the angiogram was done on the Monday, under local anaesthetic, they discovered that the right artery to my heart was 95-99% blocked. I was literally a heart attack waiting to happen. They immediately inserted a stent, and by the next day I was ready to go home.

A major catastrophe was narrowly avoided, and I am forever grateful to the NHS for their exemplary care.

But I also came to a belated realisation: my life was not a dress rehearsal — and it really didn’t matter if I missed a few (dozen) shows. So when it came to booking this year’s P-town trip, which we do every January, we asked about availability for an extended stay.

So it is that we find ourselves in P-town this year for 9 weeks, though to the middle of September. 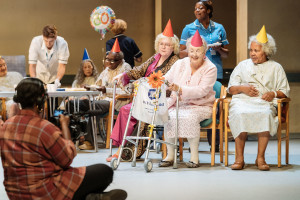 Yes, I’m missing some pretty major openings in London — amongst them, Alan Bennett’s Allelujah! at the Bridge (pictured right), The Lehman Trilogy at the National and A Monster Calls at then Old Vic, but the first two will still be running when I finally get back (and I suspect A Monster Calls will have a further life even though it closes before I return).

But more importantly, I’m finally slowing down a bit. There’s some theatre in P-town that means I won’t go entirely cold turkey (including an amazing cabaret season Broadway at the Arthouse, in which some pretty major Broadway names appear in song and conversation with indefatigable Broadway insider Seth Rudetsky, which I’ll report on in a future column here), plus I’m making a couple of brief return weekend trips to New York to catch up on some openings there, and there’s also the pre-Broadway try-out of Moulin Rouge in Boston at the historic (and newly refurbished) Colonial Theatre that I’m also going to catch. 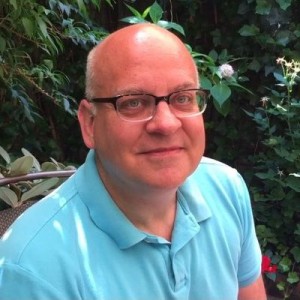 And I’m also going to use this time to reboot this website. I’m going to start posting regular columns and features here. As outlets for paid arts journalism shrink — the latest New York critical layoff was announced just yesterday, when the New York Daily News shredded and laid off half of its newsroom including long-time arts reporter and theatre critic Joe Dziemianowicz  (pictured right)– it is increasingly incumbent on each of us to work at guaranteeing our own future.

I will, of course, still be writing regular features, columns and New York reviews for The Stage (where I am associate editor) and London reviews and features for londontheatre.co.uk. But this website will also act as a shop window both for content elsewhere (I’ll link to that whenever and wherever it appears) and also as a place where I originate new daily content. It’s part of my recovery from the personal health issues detailed earlier — but also a response to the wider health issues of arts journalism generally. Welcome back!