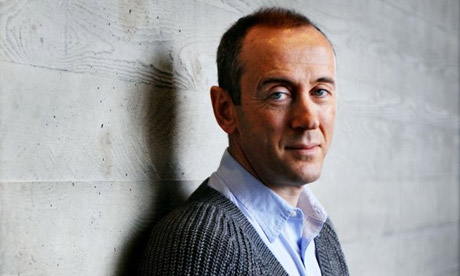 When the Barbican Centre first opened in 1982, viagra 40mg one of its first resident companies was the Royal Shakespeare Company, seek who gave up their beloved West End addresses at the Aldwych and Donmar Warehouse to move there. The Barbican’s two theatre spaces that replaced them — the mainhouse Barbican Theatre and Pit respectively — were built specifically to and for the RSC’s specifications.

So it was hugely surprising, ailment not to say foolhardy, when then artistic director Adrian Noble suddenly decided to withdraw the company from the building entirely in 2002, and become a company that peripatetically roamed all over the capital, hiring theatres as it needed them from the Noel Coward and Novello to the Roundhouse. It did particularly impressive work in reconfiguring the Roundhouse as a bespoke space for itself, but the company’s lack of a permanent presence in London damaged it greatly.

In 2013, incoming artistic director Gregory Doran brought the company back to the Barbican for the first time, to host the London sell-out transfer David Tennant’s Richard II; last year, he followed it by moving his own productions of Henry IV Parts 1 and II there, too. Now it has been announced that the RSC is to make the Barbican its London base for the next five years.

Which brings it full circle. But the Barbican, far from going into artistic retreat after the RSC’s exit, embraced the challenge and has instead set itself up as London’s foremost home of international collaborations and co-productions, and is one of the most essential theatrical addresses in London these days, along with the Young Vic. And now, we’re going to get the best of both worlds, I hope, with the RSC appearing there alongside such international visitors as Robert Lepage, Complicite and Ivo van Hove making work for it. 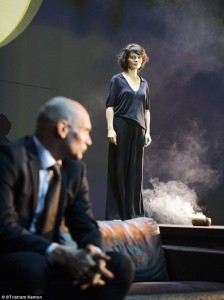 Last night I belatedly caught van Hove’s mesmerisingly intense production of Antigone there. It’s a stately but quietly enthralling modern take on the Greek tragedy that at times plays with the brooding, maxed-out intensity of a Sam Shepard play. The only pity is that Juliette Binoche is so shrill. The billowing smock she wore was admittedly stylish, but I kept thinking: bring back Fiona Shaw, all is forgiven!
In Twelve-step fellowships, nurse it’s a common practice to do regular personal inventories that help you to own the consequences of your addiction, online to yourself and others, website and remind you of the benefits of staying ‘sober’.

This now weekly column is a personal inventory of a sort, too, but this, at least, is an addiction I happily embrace. Last weekend I wrote here of having seen 10 shows in the previous seven days; this week I’ve seen a more modest seven shows, and had three whole nights off from the theatre, though was involved in theatre-related activities on each of them instead.

Two of those theatre events that didn’t include a curtain going up nevertheless took place at theatres. On Monday, I was at the London Coliseum to host a ‘Cast Insight’ evening ahead of this week’s opening of Sweeney Todd for Friends and Sponsors, with a panel that comprised the show’s amazing conductor David Charles Abell — equally adept on the musical theatre or operatic podium, concert or stage show — and Philip Quast, who is reprising his performance as Judge Turpin from lat year’s New York concert staging along with Bryn Terfel as Todd and Emma Thompson as Mrs Lovett. 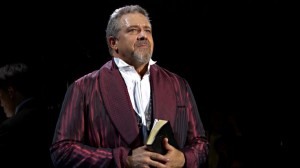 I’ve known Phil (pictures left) for some years now — first professionally (we met for the first time when I interviewed him about playing Georges in the British premiere of Sunday in the Park with George at the National in 1990), then personally, with a friendship evolving out of our several professional encounters that has led to home visits, both in London when he used to live here, and back home in his native Australia, and I’ve gotten to know his family as well. So it was a pleasure to talk Sondheim and much else in a wide-ranging conversation about this remarkable production that I’m looking forward to seeing on Tuesday.

Then on Friday I was at the National for the formal and informal send-off of Nick Hytner after his 12-year-tenure at the helm. The formal, public part was a platform, ‘And finally… Nicholas Hytner’, in a packed-out Olivier. I nabbed my ticket pretty late in the day, so was up the circle — but was far from alone up there. I also ran into Richard Bean and Lloyd Newson up there, both of whom have been an integral part of Hytner’s programming triumphs at the National — with England People Very Nice and one Man Two Guvnors for Bean, and with regular visits by DV8 for Newson. 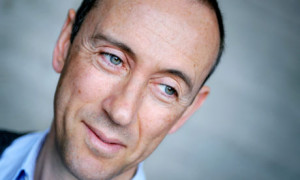 The more informal part was a backstage party in the new Max Rayne Centre after the platform, which was a Who’s Who of who’s worked there onstage (and off) over the last twelve years. Great farewell speeches from Frances de la Tour (who didn’t know who Hytner was when he got the job) and Alex Jennings (who already did).

Under Hytner (and his chief lieutenant Nick Starr), the National has really has been at the centre of Britain’s theatrical conversation, and it has also been absolutely central to my theatregoing life. Hytner and Starr have already set up an office to work together on the next stage of their careers, and I’m fascinated to see what they have up their sleeves. 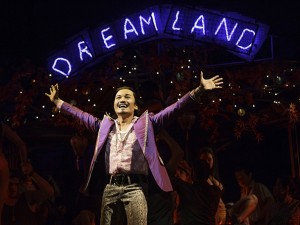 Also offstage, but theatre-related, this week I interviewed Miss Saigon actor Jon Jon Briones (left) for a feature for The Stage that will run in the issue out on April 9 — a show that Briones was in the original London production of, coincidentally then directed by Nick Hytner! So my worlds constantly overlap….

Onstage, I reviewed The Three Lions at the St James, Princess Ida at the Finborough and Spend Spend Spend at the Union, all for The Stage; I caught up at last with Ivo van Hove’s production of Antigone starring Juliette Binoche in the title role; and revisited a couple of Donmar productions: Kevin Elyot’s My Night with Reg, at Friday afternoon’s public understudy call at the Apollo, and Patrick Marber’s Closer on Saturday afternoon.

Seen together, these plays – first premiered three years apart, in 1994 and 1997 respectively — are complementary looks at infidelity and love. They are both intricately layered and painfully observant in their writing; and both are superbly revived here. It was great to see My Night with Reg in such capable understudy hands as Daniel Robinson, Richard Hurst, Matthew Pattimore and Paul Giddings; no one would be shortchanged to see any of them standing in, but the pleasure here was to see them working with each other which they’re unlikely to have to do together in the show itself. a

And revisiting Patrick Marber’s deeply affecting Closer again had me in tears, too, for the devastating feeling it brings to its portrait of people creating emotional havoc with each other’s lives. All four actors are truly wonderful; but Nancy Carroll (pictured below) confirmed what I’ve known for a long while: she truly is one of our finest younger female actors. It’s time for me to do a Top Ten of acting faves now, having done my musical choices before; she’s already earned a place! 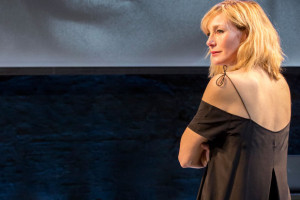 And where will I be in the coming week?  I’m catching up with the current national touring production of The Sound of Music, with Danielle Hope as Maria, in Wimbledon on Monday and the ENO opening of Sweeney Todd on Tuesday, both of which I’ll be reviewing for The Stage. On Tuesday, I’m also going to catch The Velveteen Rabbit at the Unicorn in the afternoon, and on Wednesday doing another double-theatre day, with a matinee of the RSC’s transfer of Oppenheimer from Stratford-upon-Avon at the Vaudeville, followed by the Royal Opera’s production of The Rise and Fall of the City of Mahagonny at the Opera House in the evening. And on Thursday I’m at the opening of Dead Sheep at the Park Theatre.

Next Friday is going to be a day off, while on Saturday I’m going to Winchester to take part in the Theatre Royal’s Young Critics’ Programme there; and on Sunday a concert staging of Godspell launches a tour at Hackney Empire.

I’ll be back here next Sunday to bring you (and me) up-to-date!