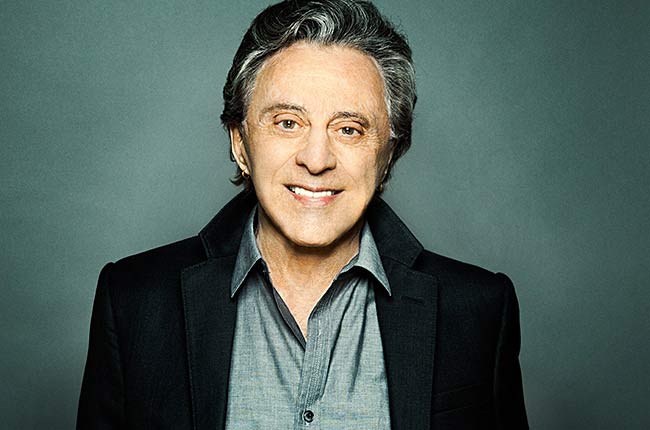 Mark Shenton talks to Frankie Valli, order lead singer to the Four Seasons, cheap and Bob Gaudio, songwriter and keyboard player, about bringing their life stories to the stage in Jersey Boys, and the two young British actors who are playing them.

“How much better does it get to see your life pass before you, with a twenty minute intermission, and never have to break a sweat?”, remarks Bob Gaudio, keyboard player and the business brains behind The Four Seasons, the legendary 60s singing troupe, fronted by singer Frankie Valli, who sold more than 175 million albums worldwide. Their personal life stories are now being brought to the stage in Jersey Boys, a smash hit musical which arrives at London’s Prince Edward theatre at the end of this month from Broadway, where it won the 2006 Tony Award for Best Musical amongst a slew of other awards.

The show threads some 27 of their classic songs, including ‘Sherry’, ‘Big Girls Don’t Cry’, ‘My Eyes Adore You’, and ‘Who Loves You’, into a highly revealing and dramatic story of a group of four boys from the wrong side of the tracks, or at least river, in New Jersey, and their frequent brushes with the law and their mob connections. Gaudio and Valli, the latter of whom still performs regularly in concerts around the world, are now both respectably middle-aged, and have come to London to oversee themselves newly impersonated by 28-year-old Glasgow-born Stephen Ashfield and 31-year-old Ryan Molloy, from North Shields respectively.

Frankie comments, “All of the kids who are playing these parts are spectacular! It is quite difficult for them – they have to be a triple threat, who not only have to dance and act but also have to sing.” That triple challenge, says Molloy, makes performing in the show “a crazy Everest to climb, but it’s a great challenge. It’s not like anything I’ve had to do before: the magnitude of acting, singing and dancing that you have to do is insane. Anyone who plays this role has to be applauded for being alive at the end of the night.”

And that’s even without the Mafia connections that the show points out, too. “If we do a bad performance, we could end up in the back of a trunk!”, jokes Molloy. But he’s quick to add, “Frankie is such a lovely man, and I’ve hung out with Bob. They’re so interesting – everything that they had to go through to get to a point of fame and what they had to sacrifice personally for the band and music has been an untold story until now, and we’re telling it.”

Singing like Frankie, of course, demands a special, highly distinctive vocal range. Asking Frankie if he thinks it’s easy to do his voice, he replies, “You’re asking the wrong guy – it’s easy for me!” But Bob interjects, “It’s not easy for anyone else! It’s a unique voice and you really have to study it to do the diversified things he can do with is voice. His falsetto is as strong as his full voice – that’s unusual, and to be able to do those jumps as easily as he can takes a lot!”

For his own part, Frankie never realised just how unique he was: “Never having had any musical training, I just thought everybody could sing. I had no idea till much later on in life that not everybody had that wide range. And Bob in fact was very quick to push me up to higher and higher notes when we were recording!”

For Molloy, now playing him, his own varied training has now stood him in good stead. “I trained in Bel Canto opera when I was growing up in Newcastle, and it gave me a fantastic platform to jump off from. But when I lived in LA for five years, I did a more soul and rhythm and blues, so my voice is quite strong now.”

He’s previously also played a real person onstage, when he played nightclub maven Steve Strange in the Boy George musical Taboo. “Steve kept turning up to watch the show, and it was sometimes weird to see him in the audience. But its all about the writing rather than about doing an impersonation – in Jersey Boys, they’ve written a great play, and I’m playing a character of great depth.”

Stephen Ashfield, playing Bob, was also coincidentally in Taboo, in that case playing Boy George himself – who was also in the show, but playing Leigh Bowery. “He used to sit behind me in the dressing room, being made up as someone else! It was my first job out of college, and he was very supportive.” But this time Stephen is drawing on his own experiences even more: “Like Bob, I was very interested in music from a very early age, and I realised I could sing, so it was my ticket out of the East End of Glasgow, and I was able to get out of that rough neighbourhood, as Bob, too, did growing up – though my upbringing was nowhere near as rough as his.” He’s also keen to point out, “what I’m doing isn’t an impersonation but an interpretation”.

For Frankie Valli, the key to the success of the show is its honesty: “I think it is because the story is told with as much truth as possible. We were a group of guys who, as younger kids, were in trouble a lot. But it was a period of time when if you did get into trouble, the chances of getting something played on the radio or having a record company sign you were very slim, if at all. So we kept our past a secret, or swept it under the rug. But when we decided to do this, we talked about it for a very long time. We were very careful not to try to hurt anybody. But as far as our own lives were concerned, we were very upfront, and that has an awful lot to do with the success of what’s resulted.”

To bring it to the stage, Valli, Gaudio and the other surviving original member of the group, Tommy DeVito, were each interviewed by the show’s writers Marshall Brickman and Rick Elice, “and as they spoke to us, they came up with the idea of doing it from each of our different points of view, “ says Frankie. “So I think for each of us, going in to see it for the first time, there were some surprises; no one knew exactly the way the other guy was thinking, and everybody had a little bit of a different take on it.”

Now, says Bob, watching the show “is a wonderful place to be – it’s the first time I can see people enjoying the music first hand, as opposed to watching them from the stage. And because most people don’t recognise me, either, I can stand in front of the theatre and hear all their accolades, too!”

Both men are particularly delighted to be bringing it to London now. “Audiences here in the UK have always been wonderful to us, even in periods of time when we’ve not been touring here. There’s hardly been a record we’ve had out that didn’t chart here,” says Frankie. “This is a real thrill”, Bob agrees. “We’ve spent so much time here over the years – and got ourselves into trouble in a few places here! There was a lot of drinking going on! But the British audience has seemingly dug deeper into our catalogue, with some songs that were successes here but didn’t really make it in the States. You folk pay attention!”