February 19: Filling an empty stage online with a new song by Benjamin Scheuer and dancing from the Birmingham Royal Ballet | Shenton Stage 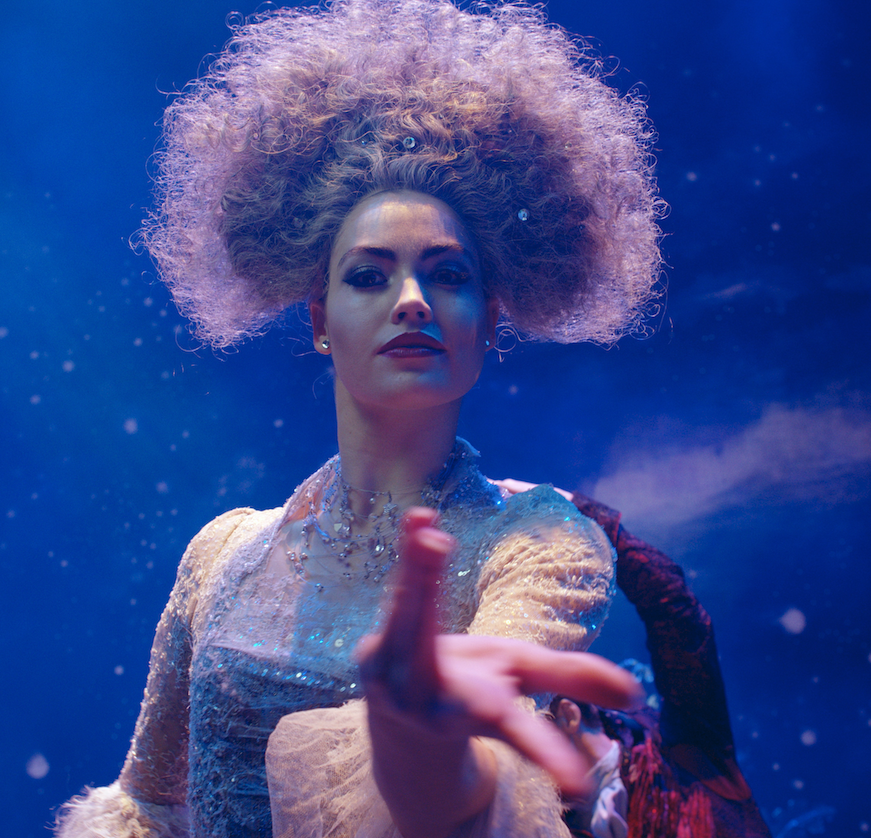 TO WATCH ‘Empty Stage’, a short film commission from Birmingham Royal Ballet in association with Impermanence, with concept by Carlos Acosta, choreographic extracts by David Bintley and words and music by Benjamin Scheuer, click below:

In just over three weeks time, on March 15, we reach the first anniversary of when theatres across the West End and the nation were summarily shut down ahead of the first nationwide lockdown that was imposed a week later.

And, apart from a brief hiatus when some theatres reopened last autumn in-between lockdowns (only to be quickly shut down once more as different parts of the country entered Tier 3 lockdowns again, before the whole of the UK was eventually placed under full lockdown), the theatrical economy has been entirely stalled: its performers out of work (many instead taking up roles as essential workers in supermarkets or as delivery drivers), the venues mothballed (or turned into emergency testing centres or nightingale courts, which has not been without its own controversy).

During this time, the empty stages of the West End were echoed by the empty streets, too; drama, musicals and joy had left the buildings, and our lives. These were partially replaced by digital offerings, some from the archive, some specially and newly created, sometimes via zoom, sometimes in performances that were filmed using socially-distanced and coronavirus testing protocols to keep performers and crew safe. 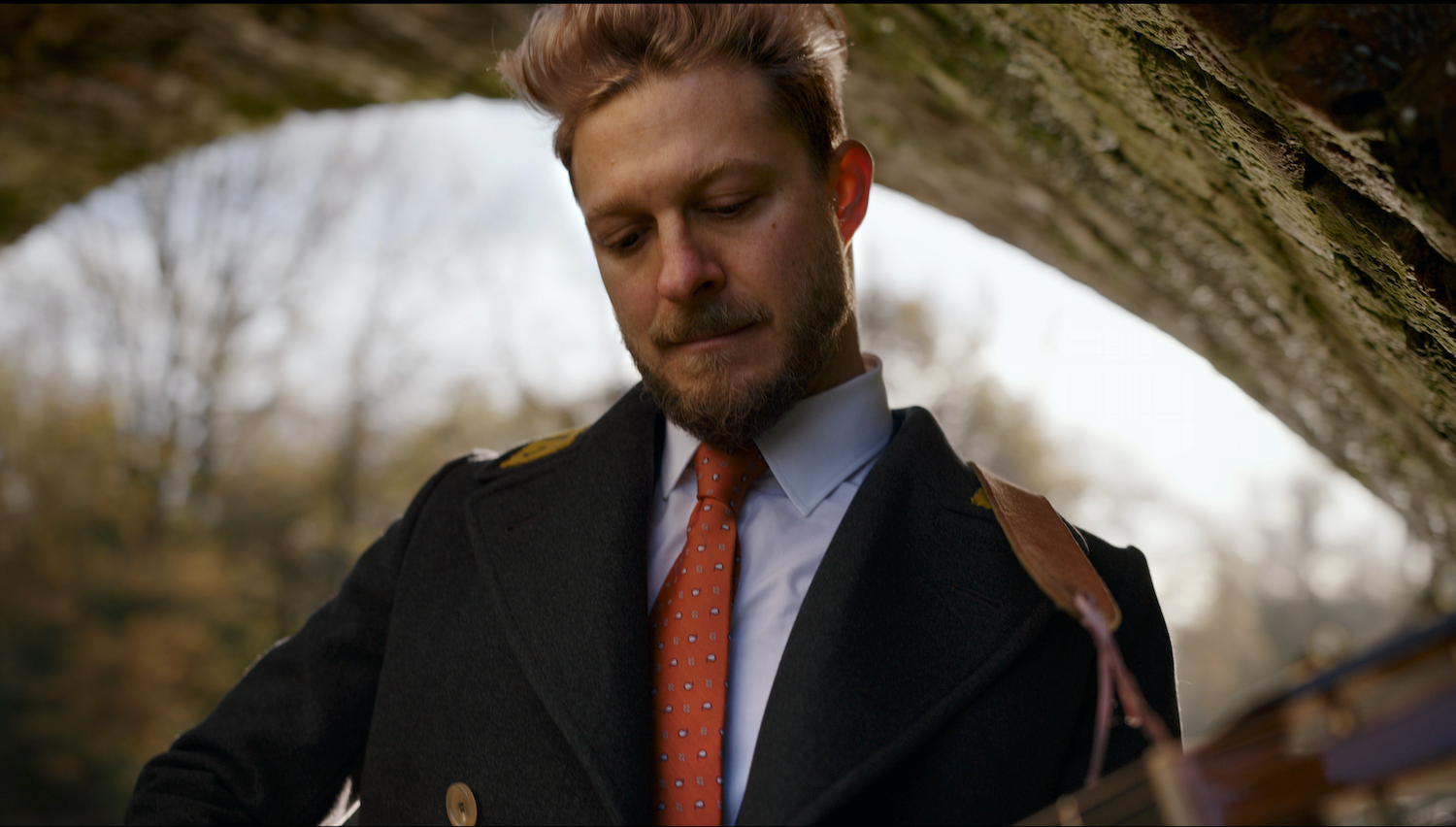 But even though unable to perform in person to live audiences, performers and writers became creative, forging new collaborations born in entirely unexpected ways. Take American-born singer-songwriter Benjamin Scheuer [pictured above] who, just ahead of the pandemic, had relocated to London from New York with his Welsh illustrator wife and young daughter (now two), who began writing a new song on a public street piano on a walkabout through Islington, where he now lives with his family that also includes a miniature labradoodle called Porthos.

“It was September 2020, and I came upon this piano in Islington Square with no lock on it,” says Benjamin, speaking to me from Islington via Zoom. “I sat down and wrote it in about 20 minutes, which is unusual for me, starting with this one note melody and the idea that’s all that’s left is an empty space,” as he thought of all the theatres in London that had been shut during the pandemic.

“The very next day I was in a recording studio with Robin Baynton, a Grammy Award winning record producer, and I asked him if we could demo the song. He sent it on to Nick Finney from NB Studios, a design company who work with Carlos.” 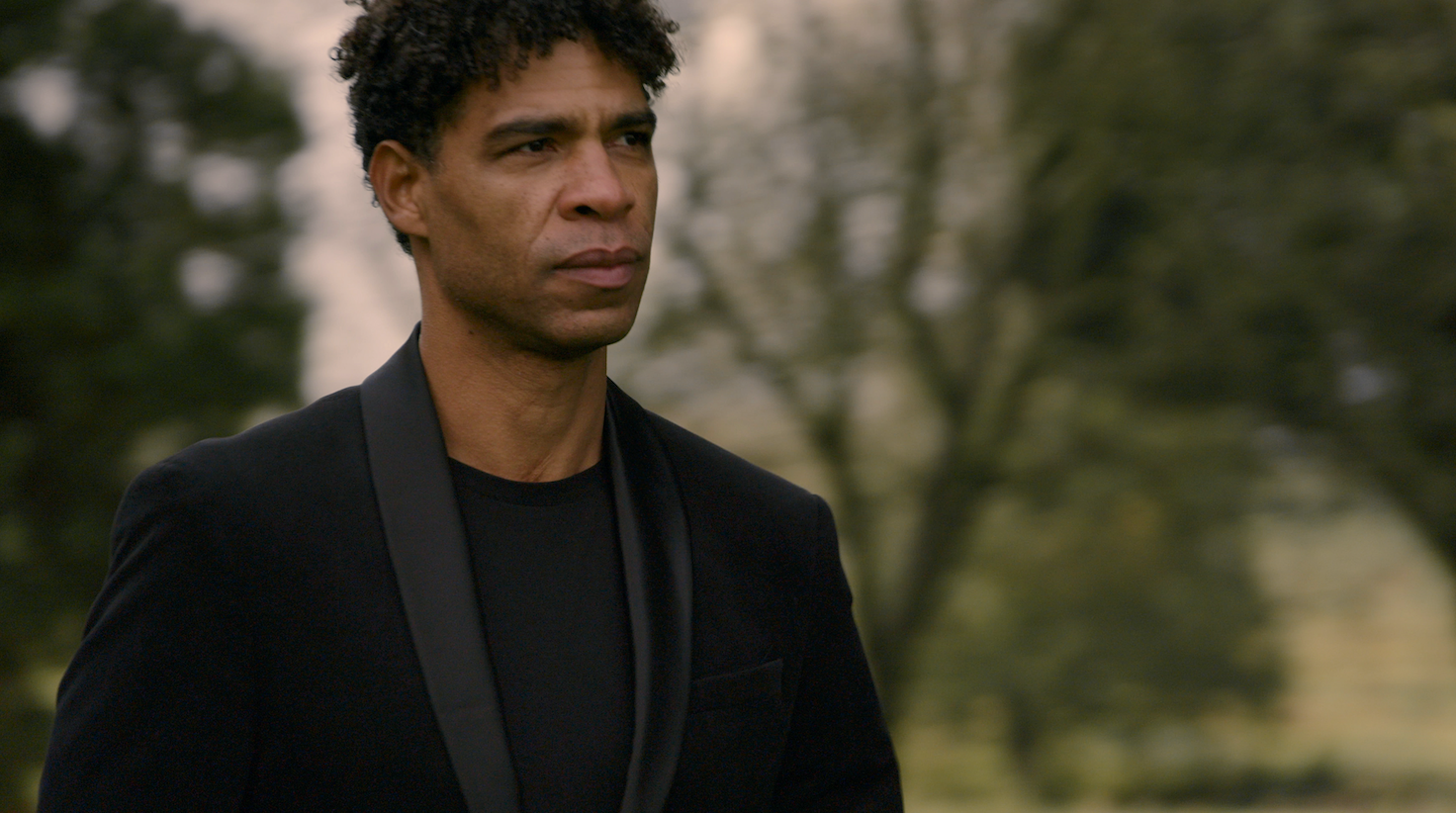 Carlos [pictured above], also on zoom but from Somerset, where he has a home, picks up the story. “I emailed Benjamin and we exchanged a few words; I heard the song and loved it, and I started to imagine what I could do with it. For a long time, I’ve wanted to do a beautiful digital piece, and had been thinking about Cinderella. But what I’m trying to do is brimming a completely different perspective to Birmingham Royal Ballet,” he adds, referring to the company he assumed the artistic mantle of in January 2020, just before Covid shut theatres down. 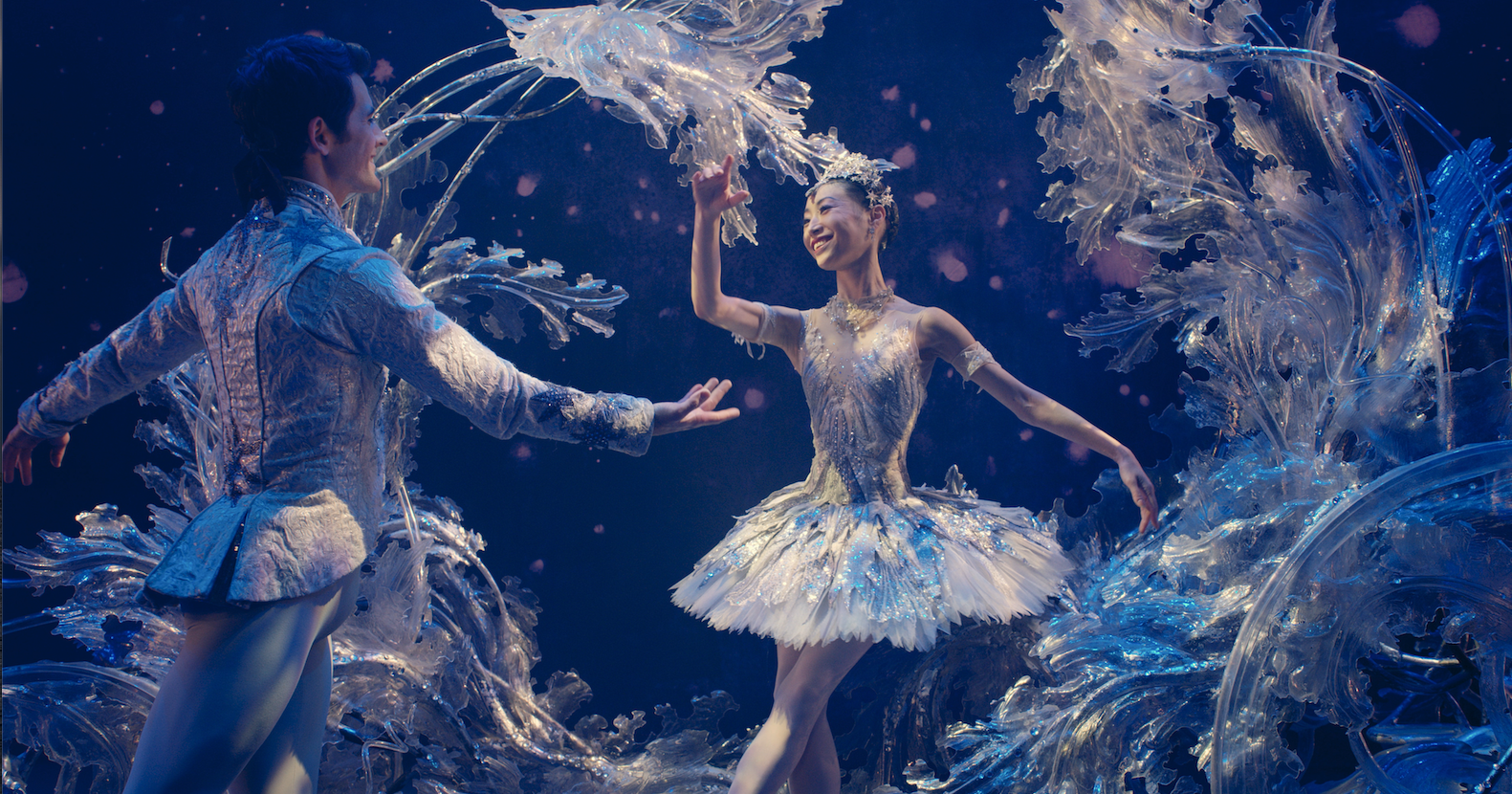 “I don’t want to deliver the obvious. And if you want to do something with Cinderella [pictured above, in David Bintley’s production for the Birmingham Royal Ballet], the obvious thing to do is set it to Prokofiev, but that is exactly the route I didn’t want to take. I wanted to bring in different perspectives and collaborate with different artists, and try to merge these things and position the company in the now. Because as you know, we’re a traditional ballet company, but I wanted to move away from that and bring more modernity to it.” 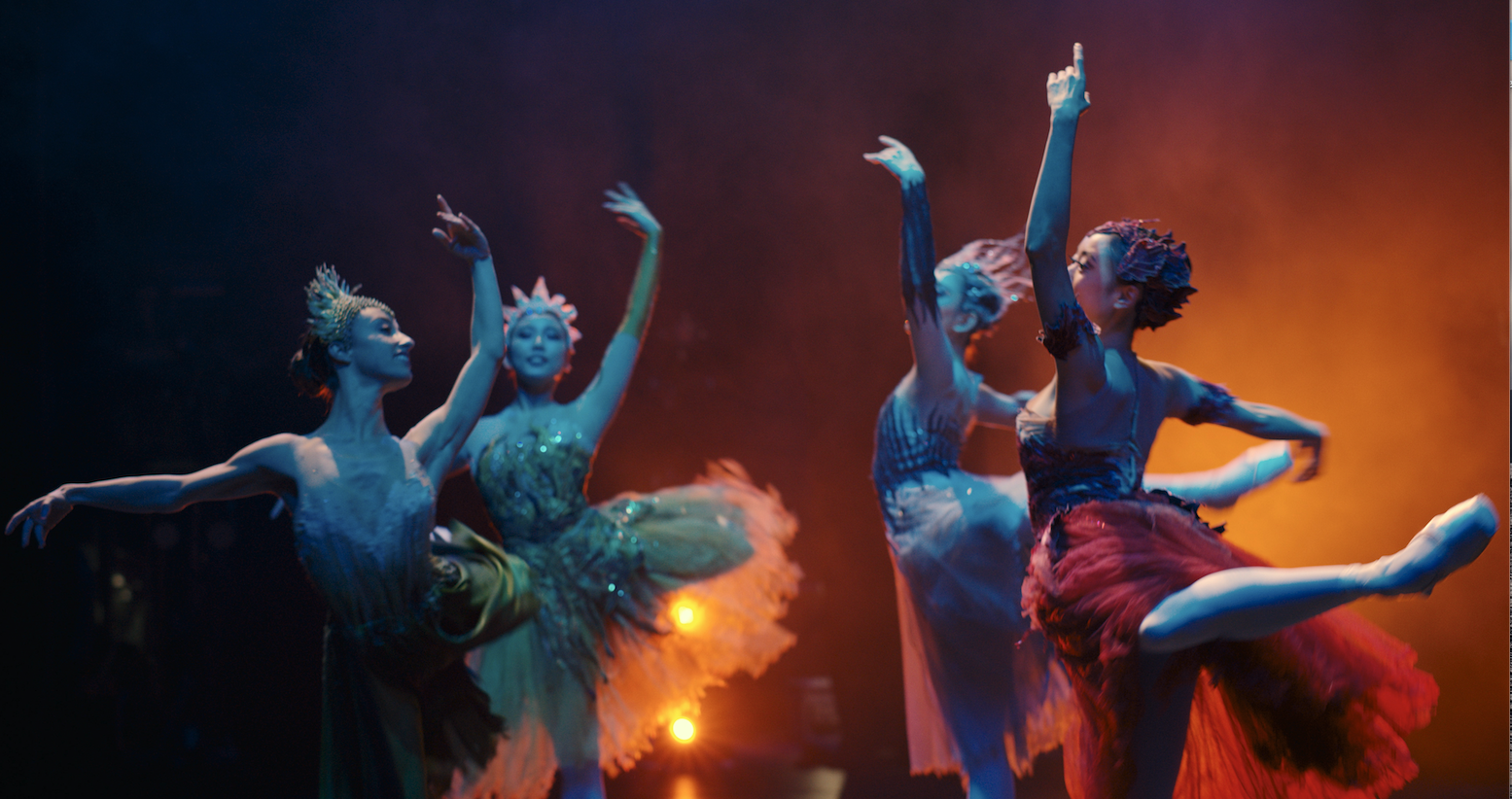 Necessity, as they always say, is the mother of invention; and with the theatres in lockdown, Benjamin’s song about that very phenomenon unlocked a creative impulse that Carlos was keen to explore. “For a long time I’d wanted to do something that was different to add to and boost our digital capabilities. And I thought, let’s bring our dancers, the Royal Ballet Sinfonia, and Benjamin and I together — and make something beautiful that incorporates Cinderella but also speaks of the time we’re living in. I started to dig into Benjamin’s career, and I loved his songs I Am Samantha and from The Lion that I saw online; I also saw his instagram, and realised this man looks great, so I wanted to bring him into the visuals as well. So what we’ve created is this crazy thing — it’s ballet, it’s Ben, it’s me — and for a while I’ve also wanted to work with Impermanence, a video company whose work I’d first seen when I presented an anthology of videos for the BBC for which they did a video called Blast that I really loved. So we all met, found we had great chemistry, and then we went ahead and did it.”

Suddenly, a song about an empty stage was starting to populate one. As Benjamin expands on this, he says, “The idea of the recurring phrase empty space in the song is about a stage being empty because performances can’t happen at the moment. But an empty stage is also full of possibility. It is rich with anticipation. When you’ve just seen your favourite show, right at the end of it the stage is empty again; and echoes of what we love resonate in this idea.” 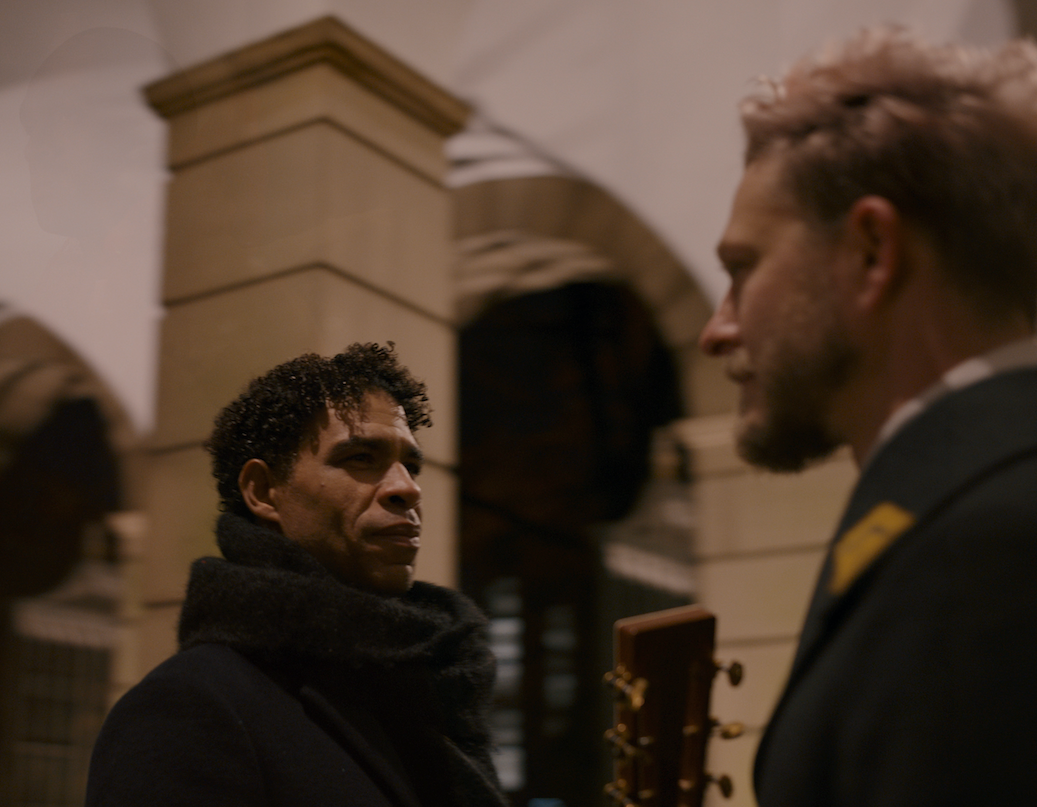 Carlos assembled what Benjamin calls “a most extraordinary team”; and exclaims, “Carlos, man, when you put me together with the orchestra, what an opportunity to bring the song to life that presented. You introduced me to Terry Davies, who did the orchestral arrangements. There’s a line in the song, ‘Ghosts of melodies with beauty and flaws echo in the echo of applause’. Terry and I discussed how you melodically represent something that is both beautiful and flawed; and he put in purposefully wrong notes at times to create that tension and dissonance. And what Carlos so brilliantly showed was that as the dancers are dancing, they also hear echoes of applause but the auditorium is empty.” 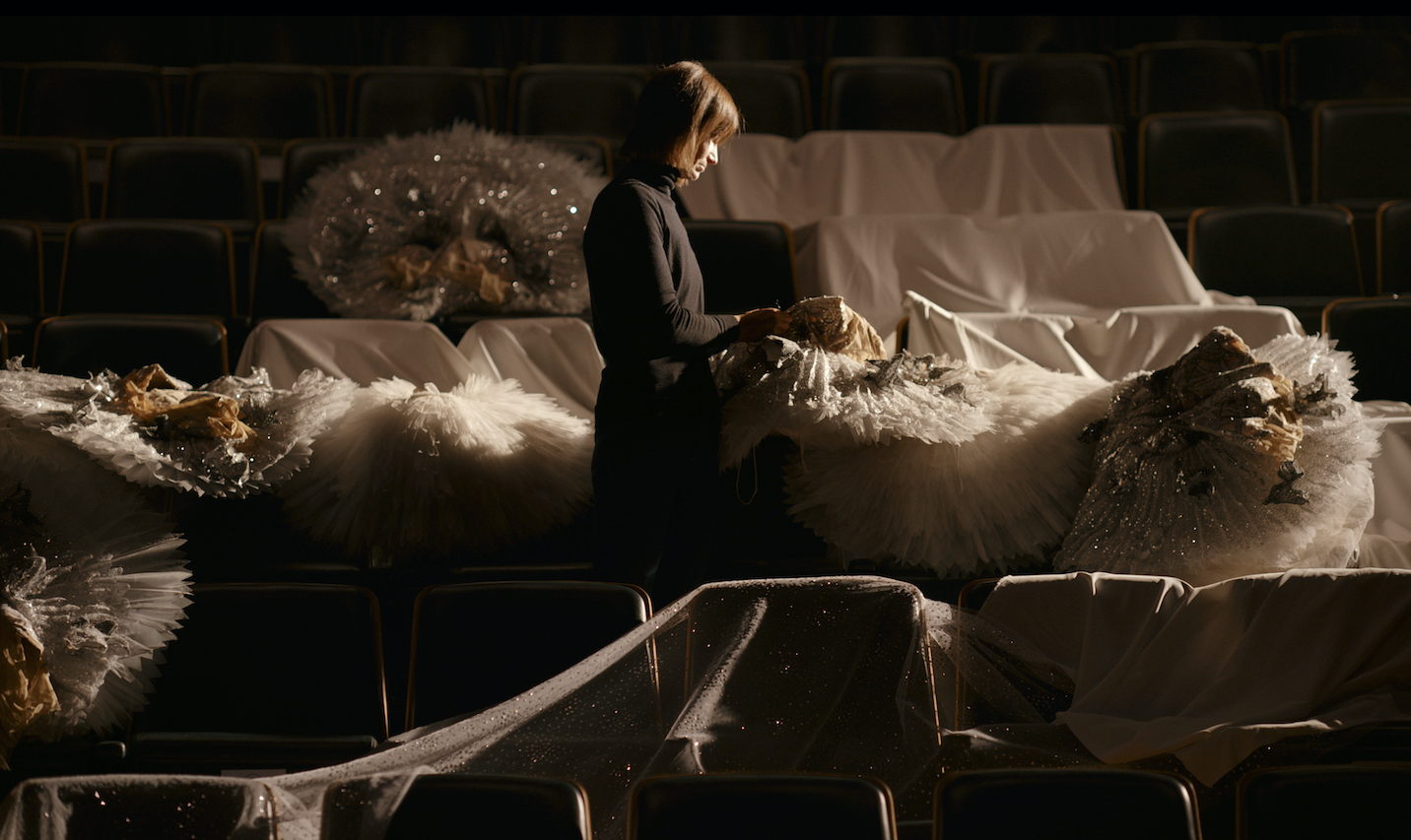 The video represents not just the onstage life and creativity of the dancers as they rehearse and then perform parts of the company’s production of Cinderella, created by its previous artistic director David Bintley. but also other elements of its backstage life, like the crew sanitising the stage, and the props master) and a costumier [pictured above] making things for the show.

That production should be on a UK tour right now; but like everything, it has been cancelled. Instead, says Carlos, “this video is a homage to the whole theatrical sector, but it also has this kind of hopeful message that we’re going to be back soon. It’s hard, even though the theatre is empty, to push through and still perform without an audience watching us; but we do.” 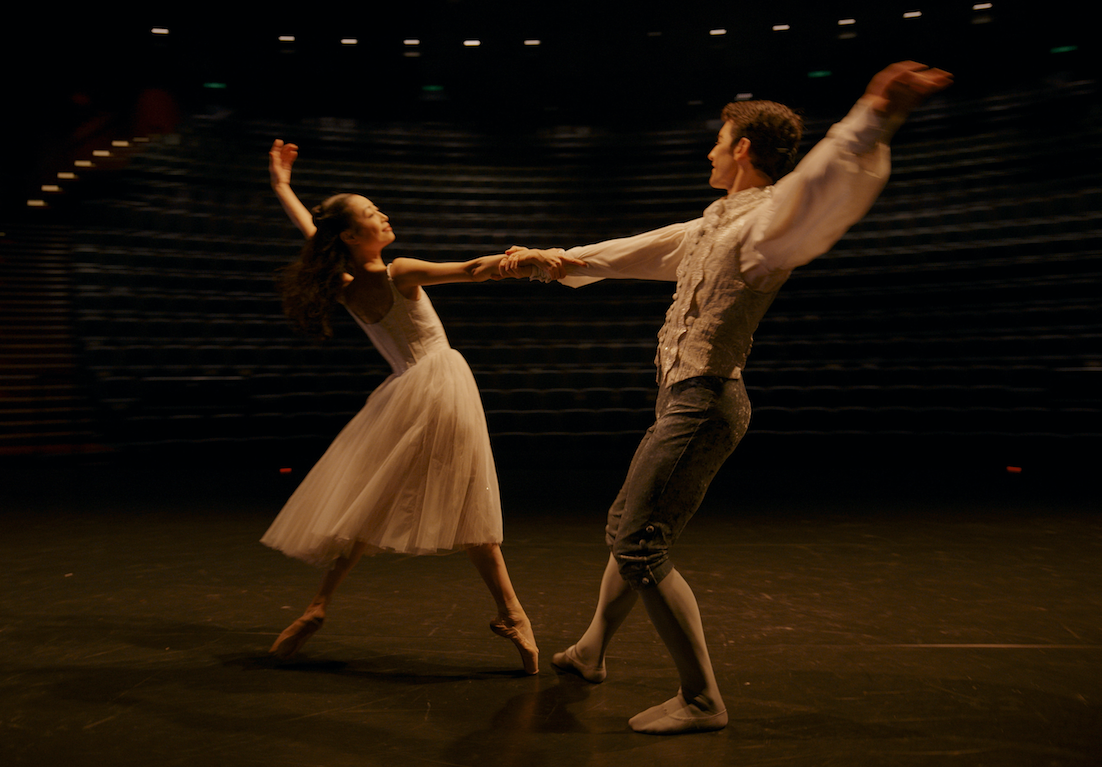 It also marks a new era for Birmingham Royal Ballet whose home theatre in that city is usually the Birmingham Hippodrome, which is currently shut, “so we lost our base,” says Carlos. “But luckily Birmingham Rep were able to open for us, so we could not only shoot Empty Space but also deliver an autumn season and The Nutcracker. It was life-changing for us, otherwise we wouldn’t have had a theatre to work in. We are planning now to do a triple bill in the summer there with two world premieres and one UK premiere, and hopefully Cinderella as well.”

The experience has been a bit of a change of scene for Benjamin as well. “I think we’ve made something that really is quite cool. I’ve got to say that never in a million years would I thought I’d be standing next to you and spinning on camera, and doing my best not to fall over! I never imagined a film like this or this kind of orchestral arrangement of one of my songs, so this collaboration has been life changing for me, too.”

The video will also have a lasting legacy. “It goes beyond the boundaries of what Cinderella usually is about,” says Carlos, before adding, “It is much more about where we are living and the year we’ve just left behind. Empty Stage will be a testimonial of this time.” And for Benjamin, it introduced new ways of working that included amazing technological innovations. “The possibilities for remote recording have been amazing — Matt Rollings, the pianist who played the song, did so from Nashville, Tennessee, while my producer Robin Baynton and I listened using an App that allowed us to be virtually in the same recording studio as him.”

Benjamin also adds that in March and April he is returning to the tiny central London cabaret club Crazy Coqs (part of Brasserie Zedel, just off Piccadilly Circus) for a new series in which he will be joined by others to play songs and discuss how they made them, that will potentially reach a global audience instead of the 50 people watching it live in the room. “One of the things that has always excited me has been turning bad things into good things, and I feel that Carlos and Birmingham Royal Ballet and the Royal Ballet Sinfonia and Impermanence have done that.”

It’s a similar trajectory represented by The Lion, his original musical about his own survival, when he was in his late twenties, from a life-threatening cancer diagnosis: an awful experience that he transformed into an achingly beautiful and personal musical. “It’s coming up on ten years that I’m cancer-free this year”, he celebrates; and now, as the world faces down a global challenge, we may not be COVID-free just yet, but bad things are being turned into great art.