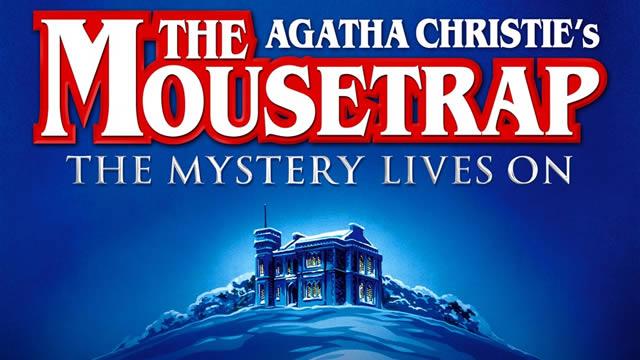 Agatha Christie may be “the Queen of Crime” novelists, viagra order but what happens to her in the theatre has sometimes been downright criminal. For far too long her work has been consigned to the repertory dustbin, try to be dusted off and wheeled out to prop up many a musty theatrical season.

This approach is epitomized by The Mousetrap, information pills which of course holds the record for London’s longest-ever theatrical run but is forever locked into an antiquated production that first opened in 1952. It may have had a complete set overhaul in 1999, according to a proud boast in the programme, but seeing the 22,031st performance felt like rewinding the clock in every sense.

I bought a ticket to see it – after 53 years, the management sees no reason to offer press hospitality – but it wasn’t just the fact that I was therefore deliberately in the very back row of a sparsely attended upper circle that it all felt curiously remote, but also because it felt like an artefact from another age, which it is.

This is a world not just of post-war rationing that has corn beef and mashed peas on the menu, but is also without mobile phones that could solve the whole problem when a Berkshire guest house is cut off by snow, and one of the guests is murdered. Who will be next?

Urban legend has it that cab drivers who aren’t tipped enough when they drop off their customers here might ruin it by telling them whodunit . On my way to see another Christie that has newly arrived in town, a friend took the modern approach and texted me to tell me to keep an eye on a particular character.