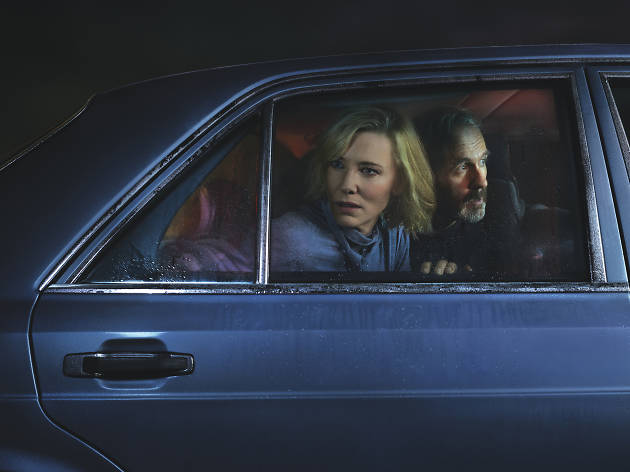 We’ve said goodbye to 2018 — including a look back at some of the year’s highlights and lowlights.

Now it’s time to look ahead to 2019 — and offer my picks of the year so far announced. Of course, theatre is a very fluid art, and there are lots of productions in the works that we don’t know about yet. Plus we have a whole raft of incoming artistic directors — from the Donmar Warehouse to Lyric Hammersmith, Hampstead and the Bush, who are yet to show their hand. So there will likely be a lot of change in the air.

But here’s what I’m most looking forward to so far from what we do know about.

1) Broadway transfers: Broadway’s resurgence as the primary originator of new musicals continues with a slew of transfers of current (or recent) hits there set to arrive in London. Come From Away (currently in Dublin, where I’ll see it the weekend after next) comes to the Phoenix from January 30 before opening on February 18, Sara Bareilles’s Waitress arrives at the Adelphi from February 8 before opening on March 7, and Dear Evan Hansen is booked into the Noel Coward in the autumn.

There’s also summer seasons for Gloria Estefan’s On Your Feet (at the Coliseum from June 14 to August 31) and Adam Guettel’s masterpiece The Light in the Piazza (right, in a new production by Daniel Evans, at the Royal Festival Hall  from June 14, opening June 18, for a run to July 5)

2) Cate Blanchett at the National and Tom Hiddleston in Pinter: One of my very favourite contemporary actors Cate Blanchett  returns to the London stage this month in When We Have Sufficiently Tortured Each Other at the National’s Dorfman from January 16, opening January 23 (pictured above). Tickets for the limited run were made available only by ballot; never have I been more grateful for my job and the press ticket it gets me! 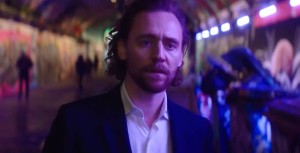 Another hot ticket is sure to be Tom Hiddleston’s return to the London stage (pictured right) in Pinter’s Betrayal, as part of the Pinter at the Pinter season, from March 5, opening March 13. This season has proved to be a continuing triumph; I’m missing this week’s openings for Pinter 5 and 6 on January 4 as I’m away, but I’m already booked in to see them next week and the week after.

The return of Follies. The National Theatre revival of Sondheim and Goldman’s 1972 masterpiece Follies was one of the absolute highlights of 2016 and its a pleasure to welcome it back, at the Olivier from February 14, opening February 19. Alas, there’s no Imelda Staunton or Philip Quast as Sally Durant Plummer and Benjamin Stone, the man she’s still fixated on; but they are being succeeded by the wonderful Jonanna Riding and Alexander Hanson, and Peter Forbes and the great Janie Dee both return as their respective spouses. 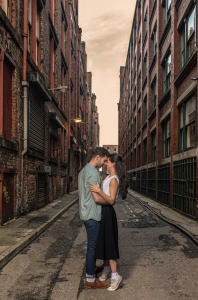 Regional musicals. The Bernstein/Sondheim/Laurents and Robbins masterpiece West Side Story is finally being reconciled professionally in Britain without the last of those names on board, not once but twice. In Manchester, Aletta Collins is offering new choreography for a production at the Royal Exchange from April 6 to May 25 (pictured right); while in Leicester, Ellen Kane will choreograph for a new production from November 23 to January 11. Meanwhile, at Manchester’s Hope Mill, Tracie Bennett will play the title role in a rare revival for Jerry Herman’s Mame, from September 27, opening October 3, for a run to November 9.

6) Upcoming musical highlights on Broadway between now and the cut-off for eligibility for this year’s Tony Awards (shows will need to open by the end of April for this year’s awards in June) include two big musicals based on old film titles:

Tootsie (via a well-received try-out in Chicago last October, coming to the Marquis from March 29, opening April 23) and Beetlejuice (via a less well-received try-out in DC, coming to the Winter Garden from March 28, opening April 25); there’s also a Broadway outing for a recent Off-Broadway hit Be More Chill (Lyceum from February 13, opening March 10), the transfer of Hadestown (from the National, where it currently runs to January 26, before moving to the Walter Kerr from March 22, opening April 17),  the arrival of another jukebox show, Ain’t Too Proud — The Life and Times of the Temptations (at the Imperial from February 28, opening March 21). Musical revivals are thin on the ground this year, but two immortal titles are due: Kiss Me, Kate (in a Roundabout production at Studio 54 from February 14, opening March 21) and Oklahoma! in a transfer of the production seen recently at St Ann’s Warehouse to Circle in the Square, from March 19, opening April 7.

7) There is also the rare thing of two new original plays, opening cold on Broadway — Taylor Mac’s Gary: A Sequel to Titus Andronicus, with a cast led by Nathan Lane and Andrea Martin (at the Booth from March 5, opening April 11), and 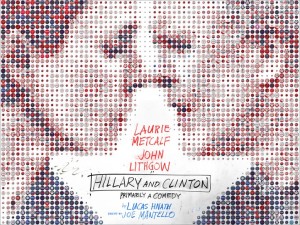 Lucas Hnath’s Hillary & Clinton, starring Laurie Metcalf and John Lithgow in the title roles, from March 6, opening April 18. Both are produced by Scott Rudin, as is Glenda Jackson reprising the title role in King Lear (but in an otherwise all-new production to the one she did at the Old Vic, at the Cort Theatre from February 28, opening April 4)

8) Off-Broadway highlights include Superhero, a new musical featuring music by Tom Kitt (who scored the great Next to Normal), at Second Stage from January 31, opening February 28; and two new musicals by Duncan Sheik, Alice by Heart (at MCC from January 30, opening February 26) and The Secret Life of Bees (at Atlantic Theatre from May 10. At Roundabout’s Laura Pels, Fiasco who previously presented a revelatory Into the Woods that subsequently came to the Menier will revive Sondheim’s Merrily We Roll Along from January 12 before opening February 19, and the brilliant Yiddish Fiddler on the Roof will transfer from the Museum of Jewish History downtown to uptown’s Stage 42, from February 11, opening February 21.