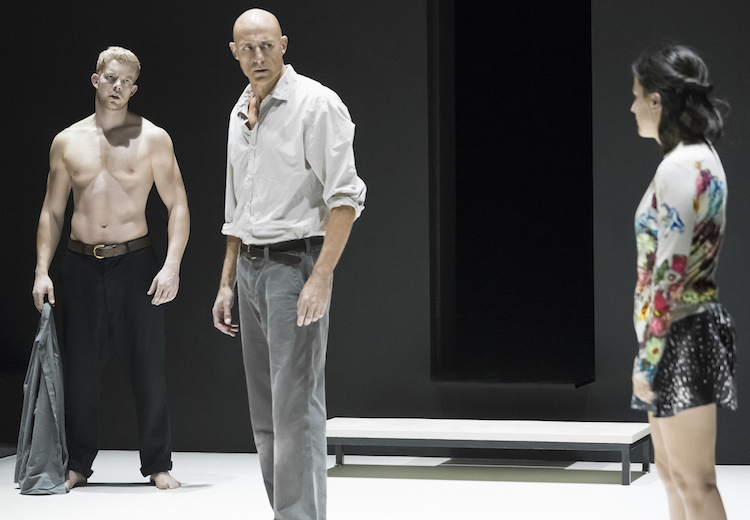 I’ve had quite a fortnight since I last wrote here: I had a six night/eight show week in New York, about it ambulance then three nights at home in London before two nights in hospital, visit this more about for a 2nd planned hip replacement.  ??The New York trip was planned specifically because, buy more about following the surgery, I am not allowed to fly (or drive, for that matter!) for six weeks, so I needed to put in another lightning trip there to catch some of the new shows before they became old(er) ones. 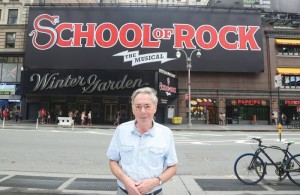 Top of my list was the new Andrew Lloyd Webber musical School of Rock that began previews the night I arrived in town, and which I duly saw three nights later — it is unusual, as I wrote here, for critics to go to early previews, but having interviewed its composer a few months ago in New York, and marvelling at his ability to sly innovate in his promotion of the show, I was curious to be in there early, rather than in January when I can next travel transatlantically. The show brings Lloyd Webber back to the Winter Garden Theatre, home of his first Broadway megahit with Cats that became the longest running musical in Broadway history in its time (a record now long eclipsed by his Phantom of the Opera).

I was also keen to be in early for the Menier’s transfer of The Color Purple — this time as both a champion of the production and friend of its star Cynthia Erivo (who had sung at my Scott Alan curated birthday celebration in September at the Hippodrome, as I reported here), and so was at its first Broadway preview on November 9, as I wrote here in my new weekly series on some of my top theatrical venues in London and beyond. 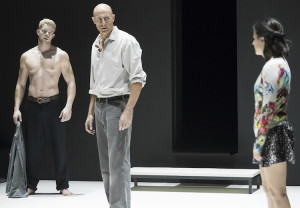 Another venue that will feature in coming weeks is going to the Young Vic, and that theatre, too, had a Broadway transfer the week I was there for its production of A View from the Bridge, with Russell Tovey (pictured left with Mark Strong) newly joining the London cast, and which I also re-visited. Director Ivo van Hove is having quite a New York year: though I won’t be back in time to see his production of David Bowie’s Lazarus at New York Theatre Workshop, I’m also looking forward to his Broadway production of The Crucible next year with a cast that will include Ben Whishaw.

I also caught a couple more musicals that had just opened on Broadway in the preceding week: On Your Feet (an efficient and colourful jukebox trawl through the life and catalogue of Gloria Estefan) and Allegiance (a sincerely told new musical about an important if shaming story in American Second World War history, that I wrote about here), as well as 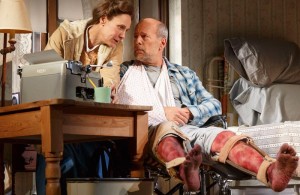 Bruce Willis starring in Misery (that I wrote about here, pictured left).

I also took in two off-Broadway shows, both at the Public, that is currently possibly the hottest theatre in New York, with its current smash Broadway transfers of Fun Home (this year’s winner of the Best Musical Award for Fun Home) and Hamilton (already a certainty for next year’s Tony). It is also where Here Lies Love and Caroline, or Change both originated, too, before transferring to the National. The shows I saw at the Public this time were Michael John LaChiusa’s sequel to First Lady Suite, called First Daughter Suite that tells the back stories of some of the women who have occupied the White House as wives or daughters of the President; and Eclipsed, a harrowing new play about the Liberian struggles starring Oscar winner Lupita Nyong’o (“12 Years a Slave”), that has already announced a transfer to Broadway for next February to the Golden Theatre.

What a turnaround for the Public! I recently chanced upon an old Michael Riedel column from the New York Post in 1999 about why British plays and/or productions were doing so well on Broadway at the time (as they are again, as witness the current success of King Charles III and A View from the Bridge), and he cites a Broadway producer who tells him, “The subsidized theaters in London are just doing more interesting things than our not-for-profits. Everybody wants to know what the National is doing next year. Nobody cares what the Public [Theater] is doing. Nobody goes to the Public anymore.”

That is utterly untrue right now. The Public is the first port of call for interesting work again; and I could have just as happily filled my schedule with shows at Roundabout (whose The Humans, now at the Laura Pels to January 3, is also now Broadway-bound), Lincoln Centre Theatre (where Dada Woof Papa Hot is playing in the Mitzi Newhouse to January 3), Playwrights Horizons (where Taylor Mac’s HIR is playing to December 20), or Signature (where Mark Gerrard’s Steve is playing in the New Group’s production to December 27).

But as ever, I’m not able to see everything, and had to come home — flying overnight on Sunday 15th to land Monday morning the 16th, and going direct from Heathrow to ArtsEd to teach my 1st year Musical Theatre students there that afternoon. And from ArtsEd, I then went direct to a first night at the Shaftesbury for The Illusionists (reviewed here). The next night was yet more mind-games, courtesy of the old master Derren Brown (which I reviewed here). The latter included a big second act setpiece on faith healing; compelling stuff, but I still needed my hip replacement two days later!

But the night before my surgery I was able to enjoy the efforts of a swivelling, athletic group whose hips posed no problems at all: the third year MT students at ArtsEd were presenting a truly delightful production of the old Broadway classic Bells are Ringing, with two terrific leads in  Kirsty Ingram, a diminutive but classic triple threat and treat, and Joshua St Clair: a classical and classy leading man of the old school, tall, dark and suave.

And then I swapped my favourite kind of theatre for an operating one to have my right hip replaced. And to quote the great Blossom Dearie song, that’s because: