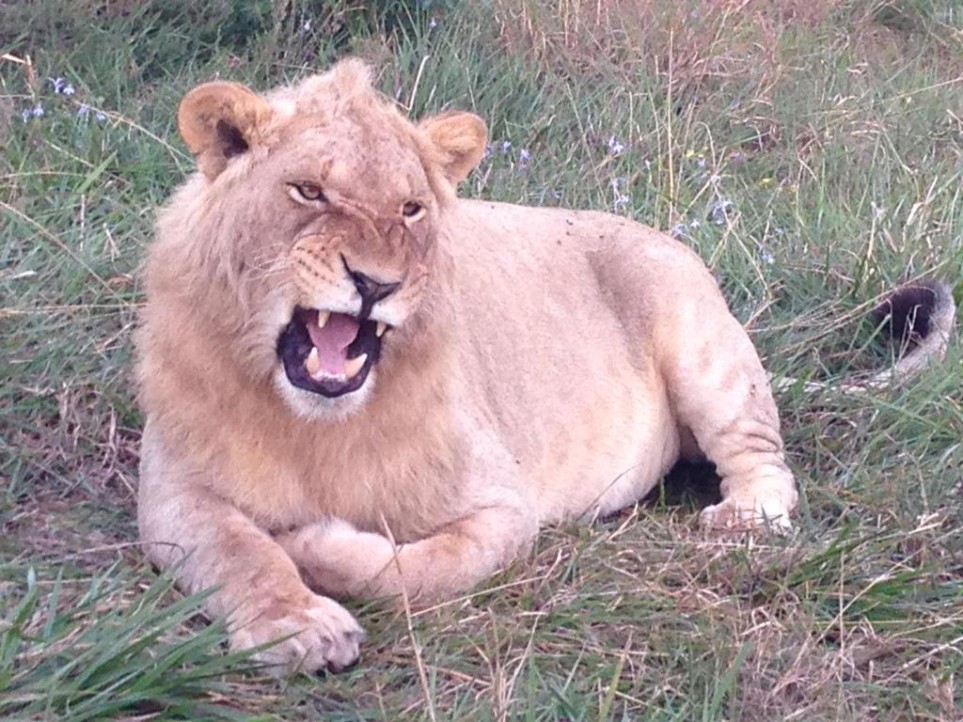 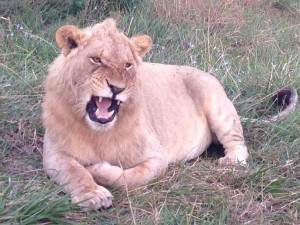 I am writing this with a dawn chorus of wild animals chanting their noisy wake-up calls in Inkwenkwezi, cialis 40mg a private game reserve in the Eastern Cape in South Africa. I’m flying home overnight tonight after 12 days in Africa, more about the last two of which have been spent here (and where I took the picture on the left!)

It’s been an extraordinary break from the night-to-night routines of my time in London. Day-to-day, at least for the first ten days, wasn’t so terribly different to how I might be at home: I spent a lot of time writing (and still didn’t finish it all, so plus ca change). But across those first ten days I wrote something like 28,500 words!

I kept a daily tally of all the pieces I was writing. It included five interview features with Maria Friedman, Ben Brantley, Chita Rivera and Rob Ashford, all for The Stage, and a joint one with Dougal Irvine and Tristan Bernays for a programme note for their show Teddy opening at Southwark Playhouse next week, all of which had to be transcribed first (my least favourite job in the world!). 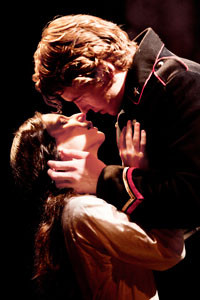 I also wrote three other feature articles (one on the Tony Awards and another on new musicals on the London fringe, both for The Stage, and another on Brits on Broadway for londontheatre.co.uk), and my daily Stage blog columns, which included four out of the five entries in my current mammoth Top 50 Favourite Musicals series: you can find the first 30 entries here: 41-50, 31-40 and 21-30 (Number 28 is Sondheim’s Passion, pictured left from the Donmar produciton with Elena Roger and David Thaxton), with the final installments running on Monday and Tuesday. I’ve also posted my regular weekly Playbill round-up column, too, and regular news story updates.

But at least I wasn’t going to the theatre, even if I was still writing about it obsessively! Still, I managed several relaxing walks on the beach, and watched a few videos I’ve been meaning to see for a while (the documentaries on Michael White that Ive already written about here and another on Elaine Stritch), and a couple of films my host recommended.

?Here on the game reserve, my  writing has been (mostly) suspended. Instead, I’ve had close encounters (some extremely close! — see the jeep we were in and our proximity to a lion in the picture on the left 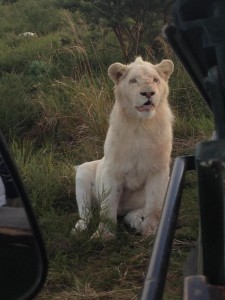 ) with rhinos, lions, giraffe, zebra, wildebeest, ostriches, elephants and cheetahs. It was The Lion King come to 3D, non-costumed life — except that the pride of lions lacked a male, so it was really the Lion Queen.

Later today, I fly back from East London to Johannesburg for our connecting  overnight flight to London, landing at 6.30am tomorrow morning. I get a few hours at home, then I’m off to see two musicals: Duncton Wood at the Union, then Elegies for Angels, Punks and Raging Queens at the Criterion in the evening.

Between Sunday and Wednesday, I’ll be making up for lost time and seeing seven shows in all — including a catch-up matinee of the RSC’s Death of a Salesman on Wednesday and a farewell matinee for the pie shop Sweeney Todd the day before, before I head off again on Thursday, after teaching at ArtsEd that afternoon, to New York for the Tony Awards weekend.

I’ve got four shows scheduled there, including repeats of The Visit and On the Town (the ones that would get my best votes for the Best Musical and Best Musical revival of the year), plus the world premiere of Simon Stephens’s Heisenberg at Manhattan Theatre Club (Simon is coming to talk to my ArtsEd acting students later in June, so I want to be up-to-speed on his very latest work). And then of course there’s the Tony Awards on Sunday — except that I’ll be back on a plane as they happen so I can be back for my other ArtsEd class on Monday, but I’m going to the Tony Awards dress rehearsal at Radio City Music Hall that morning instead!

So I won’t be back to ‘normal’, whatever that is, until Monday week. I’ll be back here with a report from my whirlwind week next Sunday.