March 21: Why hasn’t Phantom been played by a person of colour in the West End yet? | Shenton Stage 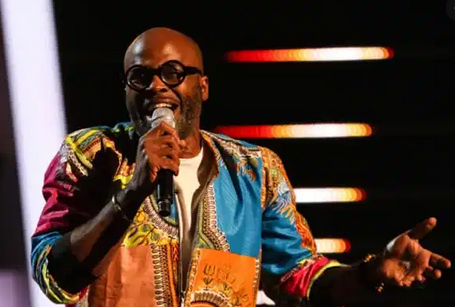 For anyone in denial about the systemic racism that is still rife in British theatre, here’s an astonishing thread by the wonderful leading man Cedric Neal (who appeared on my ShenTens West End leading men list last week) about his first audition in London, after arriving from America:

It’s both surprising, and not, in the light of this that Phantom — a fictional character whose physicality is almost entirely shrouded by a cloak and whose face is 50% covered — has never been played by a black or Asian actor yet in its 35 year run in the West End — the original production from which all the others have followed.

On Broadway, there has been just one — the incredible Norm Lewis in 2014 (who recently appeared on my ShenTens Favourite Broadway Leading Actors list); while in LA, the late Robert Guillaume– who voiced Rafiki in The Lion King and had played Nathan Detroit in Guys and Dolls on Broadway for which he was Tony nominated in 1977 — took over from Michael Crawford in 1990.

And in 2016, Derrick Davis became the first black actor to play the role in the show’s US touring company. As Davis told Broadway.com in 2019,

“My parents took me to see it as a kid. Like so many people in the United States that I’ve come to meet, it was the show that introduced me to musical theatre. I didn’t even clock the idea that I could play the Phantom for years and years because it hasn’t traditionally been held by a person of colour, but this creative team is genius and opened up the possibilities…. The country is a little bit divided right now, a little tense. It feels amazing to bring the trust of who this country is to the country. The entire Phantom team believes in unifying, and it’s great to be able to be the frontman for that.”

And that’s the point: theatre can change attitudes. It’s more than past time for the West End production to catch up.

Meanwhile, in Australia, performances began for the Sydney premiere of Hamilton this week, ahead of an official opening on March 27. As creator and composer Lin-Manuel Miranda told Guardian Australia this week,

“I’m both envious and just incredibly hopeful that live theatre is happening somewhere. And, like, kudos to you for doing all the work necessary for that to happen. I know how seriously the Australian company is taking it. It’s sort of a badge of honour that they’re the only ones performing Hamilton in the world right now.”

As Lyndon Watts, who is playing Aaron Burr in that company, puts it, “It actually becomes kind of sacred. We’re representing globally the artists and actors who can’t find their way to the stage right now.”

The same is true of the Melbourne production of Harry Potter and the Cursed Child, whose re-opening I wrote about here recently, and is the only production of the show in the world that is currently playing.

But for those of us in the rest of the world craving our fixes of Lin-Manuel Miranda’s work, last weekend I attended the press premiere — on zoom, of course — of the launch of a new trailer for the film version that has been made of his 2008 Broadway musical In the Heights that is scheduled for release in June. (Announced then for June 18, its release was was brought forward to June 11 this week). That trailer can be viewed here now.

As I tweeted last weekend,

The film is set and filmed in Washington Heights in Upper Manhattan — where Miranda still lives now — and will bring that neighbourhood to us now. I am ashamed to admit that, despite having a home in Manhattan, I’ve never ventured there in all the many, many years I’ve been visiting the city regularly.

But then I tend to stick to the midtown theatre district, which is a few minutes walk from where my flat is, and its environs. I only occasionally venture beyond this to Lincoln Center (13 blocks north of me), the East Village, Greenwich Village or Brooklyn if a theatre event lures me there.

So now a cinema event will be giving me a taster of a district, more than a hundred blocks north of my flat, that I’ve never gone to. And the trailer is enough to make me want to fix this whenever I finally next manage to cross the Atlantic.